Benjamin Netanyahu will resign from other ministries but will remain PM: Lawyers 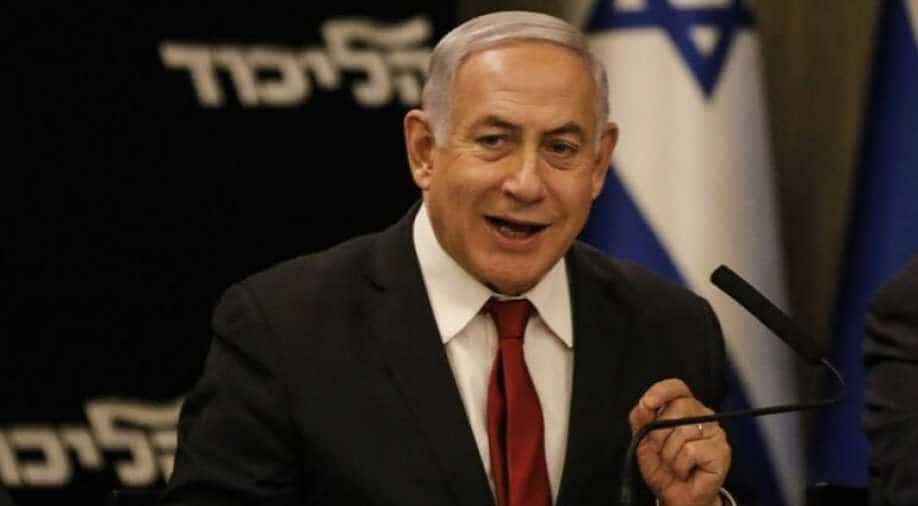 Israeli Prime Minister Benjamin Netanyahu, who is battling corruption charges will resign from all the ministerial position but will remain premier, his lawyers said on Thursday.

Netanyahu was indicted last month on charges of bribery, fraud and breach of trust in three different corruption cases.

"He will cease being a minister by January 1, 2020 and appoint other ministers instead, Netanyahu's lawyers told the court. They added that Netanyahu will remain to be the prime minister "as per law".

The lawyers' announcement to the Supreme Court came the same morning as parliament dissolved itself and decided a new date for elections in Israel, the third in a year.

The court earlier received a petition demanding that Netanyahu, who is also minister of agriculture, diaspora, health and welfare, resign from all his positions in light of his indictments.

As per law in Israel, if a minister is facing charges, he needs to resign, but no such provision exists for prime ministers.

Attorney general Avichai Mandelblit, who indicted the Israeli PM, also said that Netanyahu cannot be forced to step down.

The Movement for Quality of Government in Israel (MQG), who filed the petition, said that the resignation from other ministeries is not enough, adding that his continuance to hold office as PM is "a terrible shame on Israel".