Belligerent nationalism led to WW1, essential to learn from that: Professor Santanu Das to WION 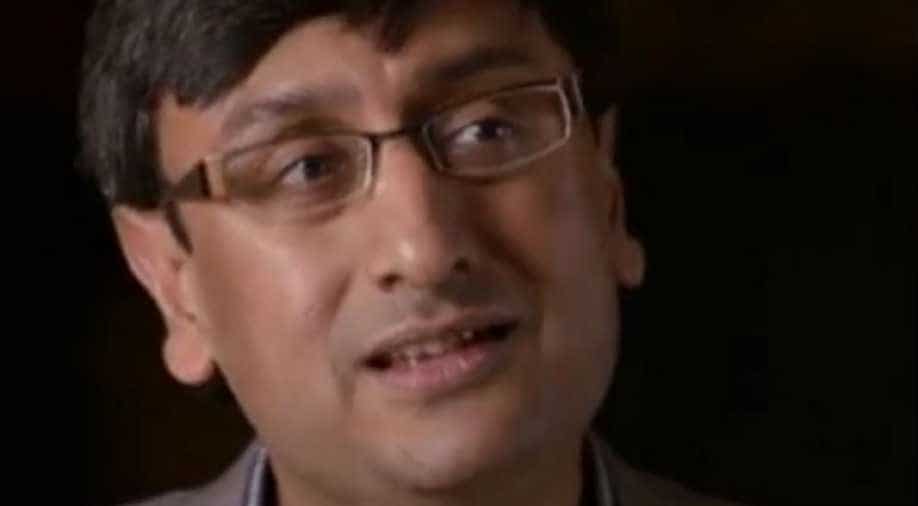 In 1914, India had the largest voluntary army in the world, though a question mark hangs over the word 'voluntary', says Professor Santanu Das.

The world this year is observing 100 years of the end of the First World War, which was virtually unprecedented in the slaughter, carnage, and destruction it caused. The war shifted the balance of power in the world and was one of the great watersheds of 20th-century geopolitical history.

Santanu Das, historian and professor of English Literature at London's King's College, has recovered the sensuous experience of combatants, non-combatants and civilians from undivided India in the 1914-1918 conflict and their socio-cultural, visual, and literary worlds in his new book 'India, Empire and First World War Culture'. Based on 10 years of research, Das draws on a variety of fresh, unusual sources - objects, images, rumours, street pamphlets, letters, diaries - to produce the first cultural and literary history, moving from recruitment tactics in villages through sepoy traces and feelings in battlefields, hospitals, and POW camps to post-war reflections on Europe and empire.

Here are the excerpts of his interview with WION:

WION: What have you tried to do in this book?

Professor Das: What I have tried through the dialogue between the range of archival material and the literary is to recover the texture of the experience of these men - their humanity, their vulnerability, their tumultuous world of feeling - and go beyond a version of history sealed in medals and memorials at the same time. At the same time, I have tried to look beyond the story of combatants and non-combatants abroad to embed the conflict in the larger socio-historical and cultural processes in India. From heated debates about what India's war participation might mean for its political future to the recruitment speeches of Mahatma Gandhi, from photographs, testimonies and voice-recordings of the troops to women's folk-songs in Punjab, from fictional representations by Indian and British writers to the imagining of a post-war world by intellectuals such as Mohammed Iqbal and Rabindranath Tagore, the country's involvement in the war, the book claims, produced a distinct and recognisable culture.

'India, Empire and First World War Culture' thus excavates the interwoven lives and cultural forms of several groups of people, including the Indians who served abroad, the people whom they encountered or who represented them, particularly in Europe, Britain and Mesopotamia (present day Irq), and finally men and women back in India. The impulses of the study are both recuperative and analytic. First, it seeks to examine the 'multi-layered cake' that the First World War was in India through a more heterogeneous collection of sources and a capacious lens that takes in both the sepoy and the civilian, the subaltern and the elite. Second, the book is actively interested in processes of representation. It places letters, diaries, memoirs, photographs, art objects, songs and above all literary writings at the centre of the investigation, delves into their formal complexities and show how they allow for a more intimate investigation of issues raised by more conventional historical sources.

WION: What are your key takeaways, observations, and trivia from the exhaustive compilation you delightfully put together in your latest book?

Professor Das: I don't think that the research for any other book that I've written has moved me so far or taken me to such distant places - from the cemetery in Dar Es Salaam and the Australian War Museum in Canberra to the battlefields, barns and monuments in France and Flanders to the recruitment village in Bhondsi in Haryana.

The research is definitely the bedrock and it is a book about the First World War but I also wanted to open up 'history' in fresh ways - both by engaging with unconventional archival sources (blood-stained glasses, lota, folksongs, photographs and paintings, songs of POW sepoys) as well as ask a different set of questions of these material. One of my aims was to try to reach down, beyond research and storytelling, into capturing what I call the 'echoes of the sepoy heart' and access their underworld of feeling - their desires, doubts, fears, homesickness, loneliness or even the sense of wonder - and capture 'history' in all its messiness and complexities and contradictions - palpable, intractable and incorrigibly plural. It is often a collection of fugitive fragments and I wanted to capture their sense of evanescence as well as the breath of warm life on words, images, and tunes.

WION: In an article "Why the Indian soldiers of WW1 were forgotten", author Shashi Tharoor believes "history has mostly forgotten these sacrifices, which were rewarded with broken promises of Indian Independence from the British Government". The contributions of 1.3 million Indian Soldiers served in WW1 is forgotten or not discussed in today's time. Do you agree or disagree?

Professor Das: The Indian soldiers of the First World War have been doomed to wander in the no man's land between the Eurocentric narratives of the ‘Great War and Modern Memory’ on one hand and the nationalist histories of India and Pakistan.

The Indian nationalist leaders, including Bal Gangadhar Tilak and Mahatma Gandhi, supported the war because they thought India's war contribution would be rewarded with greater political autonomy or ‘Swaraj’; instead, we get the Jallianwallah Bagh massacre in April in 1919 in the very province that has contributed the most. So, of course, it is a case of broken promises, and no one has perhaps put it as powerfully as Rabindranath Tagore when he visits the former battlefields of the Western Front in 1923:

"Lately I went to visit some battlefields of France which had been devastated by war. Something of the same sense of oppression in a different degree, the same desolation in a different aspect, is produced in my mind when I realise the effect of the West upon Eastern life – the West which, in its relation to us, is all plan and purpose incarnate, without any superfluous humanity."

I agree with Tharoor that it was a tremendous betrayal - to such an extent that Gandhi, who had helped in recruiting the soldiers in 1918, now calls them, after the Jallinwallah Bagh massacre, 'hired assassins of the Raj'. At the same time, I would say that it was not the only cause: There are other powerful reasons.

In Britain, for example, it’s not military narrative but the poetry of Wilfred Owen and Siegfried Sassoon which form the template of First World War memory. Most of the Indian sepoys were illiterate and did not leave behind the abundance of diaries, letters, testimonies - so how do we recover and remember the experiences of a community for which there are no few archival traces?

Moreover, the sepoys came back home to the febrile nationalist climate of 1919: Gandhi had just united Hindu and Muslim India for the Khilafat movement. In such an atmosphere, no space was created - narrative or political or socio-cultural - to commemorate the sepoys and gradually they were airbrushed out of the histories of both Europe and South Asia.

WION: Can you elaborate on the role of Indian soldiers in WW1 and the socio-economic and cultural impact it had in India then? Also, the men recruited for WW1 were primarily from 'martial races' - any particular reason?

Professor Das: The 'martial race' theory was a colonial construction, cobbled out of social Darwinism, political strategy and indigenous caste structures. It held that men of only particular ethnic and religious groups - Jats, Dogras, Punjabi Mussalmans, Garhwalis, Sikhs and Gurkhas - were 'naturally' martial and masculine and thereby 'fit' to fight. These men were often relatively depoliticised and loyal to the British Raj. The more politically conscious Bengalis were deemed 'effeminate' and the British Indian army obviously did not want any political dissent.

In 1914, India had the largest voluntary army in the world, though a question mark hangs over the word 'voluntary'. For most, soldiering was a source of livelihood. It is not, however, possible to impose a common motive for enlistment of the 6,00,000 combatants. If the First World War soldier is usually flattened into an izzat (prestige)-driven sepoy or a hardened mercenary, we need to find a more socio-culturally and psychologically nuanced vocabulary. Economic necessity or incentive, family and community traditions, an internalised ethos of 'martial races' and the cult of heroic masculinity were all fused and confused, hinting at a complex structure of feeling that went beyond the reductive categories of organic loyalty or mercenary impulse: Instead, what we have is a complex, and at times ambivalent, emotional world where loyalty to one's regiment and comrades would co-exist with reservations against the colonial state.

WION: How did the initial recruitment process start and posting? Give us an additional account on their salary structure, and credentials required during the recruitment process. How was the general sentiment of people as per your findings?

Professor Das: The whole recruitment campaign can be divided into three rough phases: From 1914 to 1916, it was largely 'voluntary', even if propelled by economic incentives; in 1917, we see the beginning of the use of force; and from April to November 1918, it was largely coercion. July 1917 marked a turning point. With a fresh directive to 'double the previous flow of recruits', Punjab was called upon to provide a monthly total of 14,290 fighting men and a punitive quota system was introduced whereby the zaildars, suffered poshes and lambardars were required to raise a certain number of men, through their influence or force.

In the summer of 1918, the Lieutenant-Governor Michael O'Dwyer promised to raise 200,000 men over the coming year. Andrew Thompson, the Chief Secretary to the Punjab Government admitted to a series of coercive measures, from the cutting off of irrigation water supply to levying exorbitant revenues on zails which failed meet the recruitment quota. Indeed, the Congress report on the Punjab disturbances in 1919, widely held to be written by Gandhi, is particularly illuminating. During the summer of 1918, the district officers and local zaildars and lambardars, resorted to a spree of brutal measures: Lists were compiled of families which had more than one son; recruits began to be bought and sold for large amounts of money; farmers who did not offer their sons were denied remission from income tax. The number of men charged with offences or 'challaned' went up by 300% in 1918 and charges were dropped when they enlisted; in Attock and Mianwali, men fled to the North West Frontier province to avoid being recruited; water-supply was cut off to parts of Multan.

The average pay of the sepoy or infantryman was Rs 11 and he received 'batta' or special allowance for foreign or field service; a sowar or cavalryman was paid Rs 14, and an additional Rs 20 for the horse, totalling Rs 34.

WION: This year, global leaders like Antonio Guterres, Angela Merkel, and Emmanuel Macron took to Twitter during the 100th Anniversary of the end of 'The Great War' warned about the dangers of the rise of nationalism without referring to Donald Trump. As a historian what are your observations on the current trend?

Professor Das: Absolutely I cannot agree more. As Tagore famously wrote in Nationalism (1917) - his powerful response to the First World War - it was European belligerent nationalism and rivalry that led to the war, and we have now the frightening spectre of right-wing nationalism across the whole world - and not just in the US. Nationalism, as a political ideology, is very different from one's love for one country, and Tagore called it a demonic force, 'carnivorous', 'soul-destroying’ and 'machine-like' and its climax was the carnage and devastation of the First World War. So it's absolutely essential that we take its lessons.