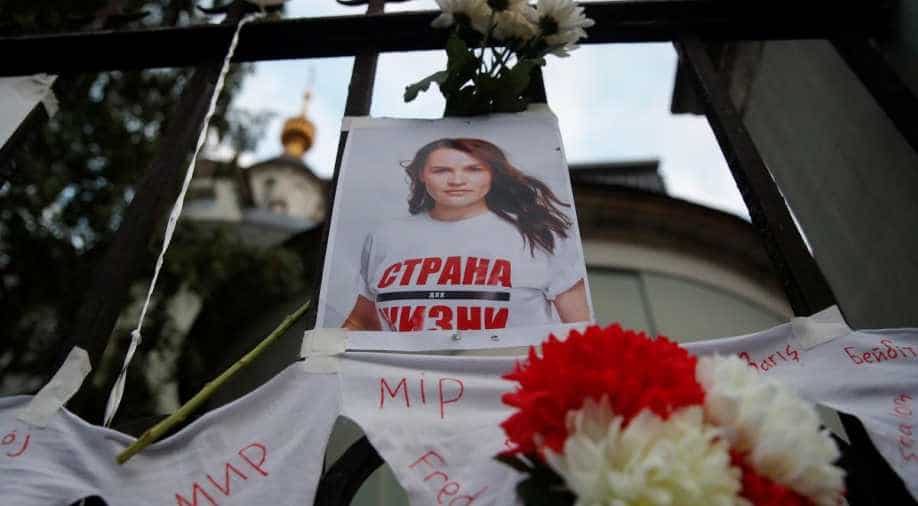 Speaking in a video address from Lithuania, she also urged security and law enforcement officers to switch sides from President Alexander Lukashenko`s government, saying their past behaviour would be forgiven if they did so now.

Belarusian opposition politician Sviatlana Tsikhanouskaya said on Monday she was ready to lead Belarus and called for the creation of a legal mechanism to ensure that a new fair presidential election could be held.

Speaking in a video address from Lithuania, she also urged security and law enforcement officers to switch sides from President Alexander Lukashenko`s government, saying their past behaviour would be forgiven if they did so now.

Her video was released a day after Belarusians chanting "Step down!" filled the centre of the capital Minsk in the biggest protest so far against what they said was the fraudulent re-election a week ago of longtime president Lukashenko.

"I am ready to take responsibility and act as a national leader during this period," Tsikhanouskaya said, saying it was essential to make the most of the momentum generated by a week of protests.

The former English teacher has become one of the leading opposition figures against Lukashenko, who is struggling to contain a wave of mass protests and strikes that pose the biggest challenge to his 26-year rule of the country.

She fled abroad last week, saying she had done so for the safety of her children, but quickly began releasing new videos calling for anti-government protests to continue.

The unrest has spread to sections of society normally seen as loyal to the president, as workers from large state factories staged walkouts and some police, journalists from state media, and a sitting ambassador came out in support of the protesters.

Opponents of Lukashenko say he rigged the Aug. 9 presidential election to secure a sixth term in power. He denies losing, citing official results that gave him just over 80% of the vote.

Belarus in accordance with a collective military pact if necessary and that external pressure was being applied to the country.

It did not say where from.

Russia is watching closely as Belarus hosts pipelines that carry Russian energy exports to the West and is viewed by Moscow as a buffer zone against NATO.