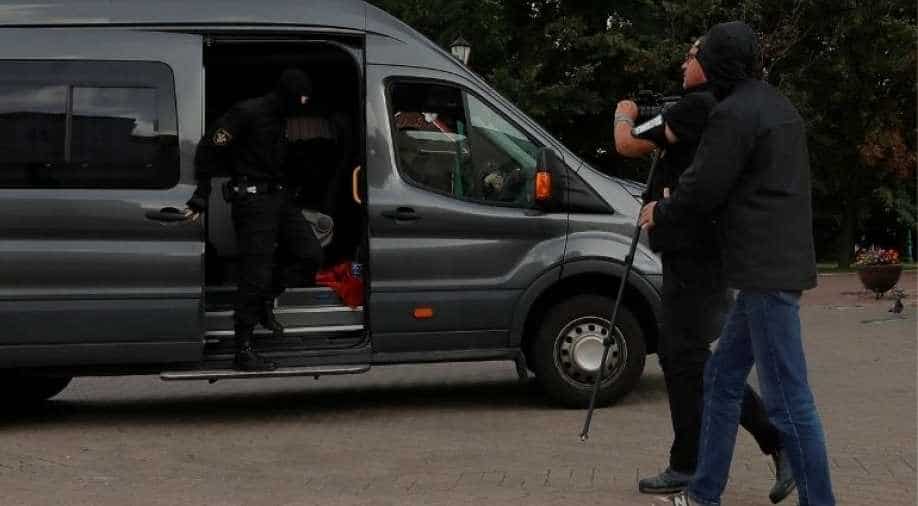 Government spokesman Anatoly Glaz said the decision to revoke the media accreditations was taken on the recommendation of the country's counter-terrorism unit.

Belarus has revoked the accreditations of some journalists working for foreign media and covering anti-government protests that erupted after a disputed presidential election, news organisations and a journalist association said on Saturday.

Belarusian President Alexander Lukashenko, who has been in power since 1994, is facing unprecedented protests since the disputed August 9 election in which he claimed a landslide victory with 80 percent of the vote.

The opposition has rejected the results as manipulated, organised two major demonstrations this month and called for a large-scale protest on Sunday.

Government spokesman Anatoly Glaz said the decision to revoke the media accreditations was taken on the recommendation of the country's counter-terrorism unit.

Also read: Won’t work, if we can’t do honest journalism: Belarus media goes on strike over election result and censorship

In comments at a government meeting on July 23, President Alexander Lukashenko threatened to expel foreign journalists, accusing them of inciting protests against him before the election.

Lukashenko denies opposition accusations that he rigged the election to prolong his 26-year rule. Thousands of people have taken to the streets to demand he step down.

The US Embassy in Minsk issued a statement on Saturday that did not refer specifically to the revocation of accreditations, but said, "We are concerned by the continued targeting of journalists, the blocking of independent media and opposition websites" as well as intermittent internet blackouts and detentions of citizens exercising their rights of free assembly and speech.

The results of the presidential election have been rejected by the European Union, which is preparing sanctions against high-ranking Belarusian officials and has urged Lukashenko to set up a dialogue with the opposition.

Lukashenko, for his part, has refused to make any concessions and has alleged a Western plot to bring him down.

The demonstrations have sparked a violent police crackdown condemned by rights groups and Western leaders.

At least three people have died and hundreds have been wounded in the violence while nearly 7,000 have been arrested.

Several journalists working in Belarus have been briefly detained since the election.