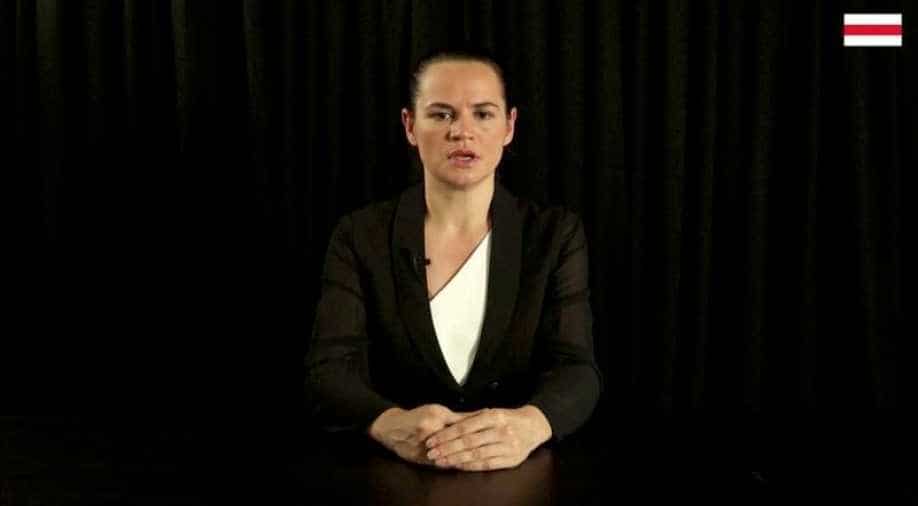 Belarus' opposition leader Sviatlana Tsikhanouskaya has claimed that the possibility of the Belarus leader Alexander Lukashenko getting immunity instead of facing international trial is subject to negotiation to defuse the crisis in her country.

Tsikhanouskaya has said she is considering filing a lawsuit against the ruler in the Intternational Criminal Court due to the inhumane treatment of the protestors in the country.

She also said that she while she understands the charges can be subject to negotiation, she would personally never forgive his "atrocities" on the protestors.

The country had been observing protests and demonstrations against the Belarusian leader for the past few months now.

If it is the way out, for him to go somewhere to the seaside and spend his time there, I think it could be done," she told the Globsec Bratislava Forum in the Slovak capital.

"Just leave us and we will build our country further. And that is it," said Tsikhanouskaya, who fled to Lithuania shortly after the disputed vote.

Meanwhile, the Belarusian government has denied abusing detainees or participating in any electoral fraud.

As per local media reports, more than 13,000 people have been arrested in the past two months for protesting against the leader.