Belarus could join Russia’s war against Ukraine ‘in next few days’: Report 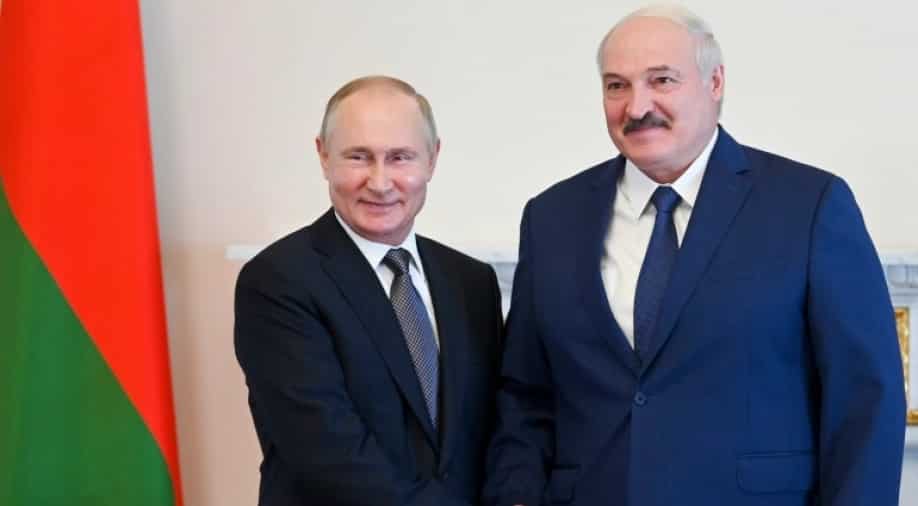 The news outlet, quoting sources from the Belarus opposition, claimed that thousands of Belarusian forces are prepared to be deployed and can land Ukraine any time in the “next few days”.

Another NATO intelligence official alleged that the Belarusian government “is preparing the environment to justify a Belarusian offensive against Ukraine."

This latest development comes a month after Belarus changed its constitution last month to allow the country to host both Russian forces and nuclear weapons permanently.

As the Russian-Ukraine war entered the 28th day, the UK intelligence report said that Russian troops have been facing stiff resistance due to which it has been unable to capture the capital Kyiv.

“Russian forces advancing on the city from the northeast have stalled. Forces advancing from the direction of Hostomel to the northwest have been repulsed by fierce Ukrainian resistance.” the ministry of defence said in a statement.

Also read | Who is Putin’s girlfriend? And why is she trending amidst Russia-Ukraine war?

Oleksandr Markushyn, mayor of the Kyiv suburb of Irpin, said the Ukrainian armed forces, territorial defence and police "have 80 per cent of our city under control."

Meanwhile, Ukrainian presidential adviser Oleksiy Arestovych on Wednesday said that he expected the active phase of the Russian invasion to be over by the end of April as the Russian advance had already stalled in many areas, Reuters reported.

Speaking on local television, Arestovych said Russia had already lost 40 per cent of its attacking forces, and also played down the prospect of Russia waging nuclear war.

Reuters, however, said it could not independently verify his statements.

Watch | Russia reiterates 'nuclear threat', will use weapons if required