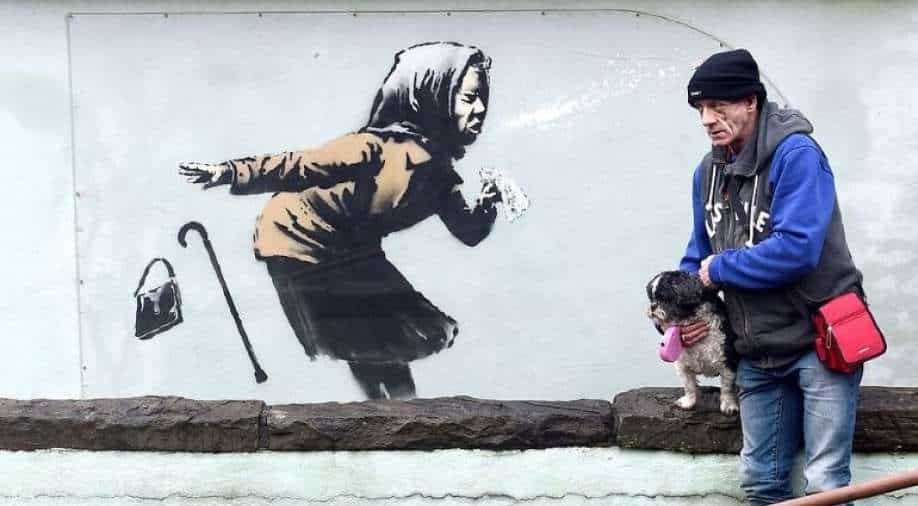 The owners revealed that the artwork has brought increased attention towards the house, causing them 'distress'

A recent Banksy graffiti showed up on the side of a house in Bristol and resulted in a sudden surge in the value of the house, giving the owners a push to sell the house 'at the right time'. However, with a big name, comes greater responsibilities.

The graffiti, titled, "Achoo", appeared on the white wall of a semi-detached home in Bristol. It shows a woman sneezing with her dentures flying out which is resulting in other houses on the streets getting knocked down.

While the graffiti is new, the plans of selling the house have been in the pipeline for a while now, the owners revealed. As per the residents, they had been trying to find the right buyer for their semi-detached house and were also about to finalise the deal, when they decided to wait until the graffiti was done as they were told the value of the house would skyrocket.

When the artwork appeared on the wall, the owners of the house considered not selling the house. However, within a few days, they decided to go back to the original plan of selling the high-rated property.

The owners revealed that the artwork has brought massive attention towards the house which has caused them 'distress' and has also raised concerns of security.

While the house is valued between £3 to £5 million, the owners have not yet received any benefit out of it. On the contrary, the family has had to invest money in installing security cameras and perspex screens to protect their property and family members from the constant arrival of onlookers.