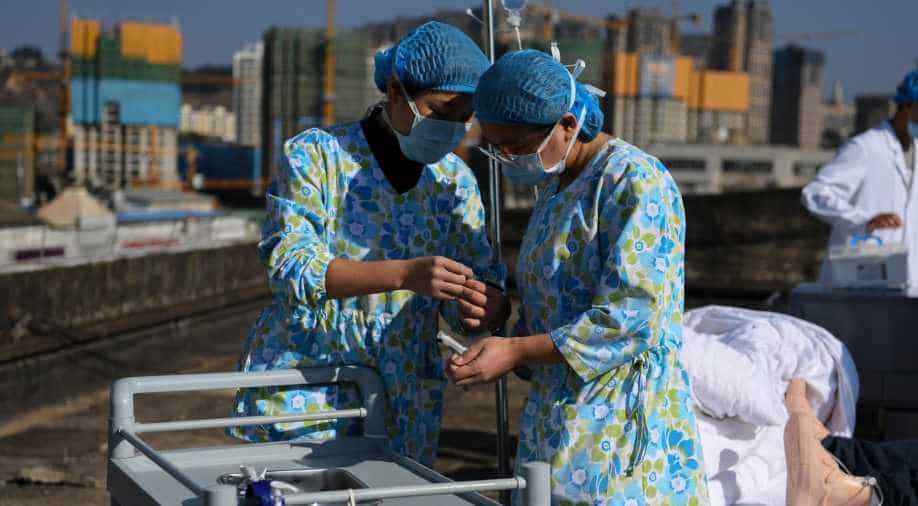 Medical workers in Kunming amid the coronavirus outbreak. Photograph:( AFP )

The councillor behind the push, Paul Funnell, said the 'Chinese Communist Government that delights in lies, subterfuge and coverups' and the the council should not have a relationship with a communist regime.

The city council of Wagga Wagga announced to formally cut ties with its Chinese sister city, Kunming because of the ''death and destruction'' caused from the coronavirus outbreak for which the regime is held responsible.

The council last night narrowly voted to pass the motion. It was pushed through with the support of three conservative councillors, while others, including the city’s mayor Greg Conkey, were absent or unable to vote. In picture: A delegation including the mayor visited Kunming for a conference in December.

The councillor behind the push, Paul Funnell, the former president of the Democratic Labour party, said the "Chinese Communist Government that delights in lies, subterfuge and coverups" and the the council should not have a relationship with a communist regime.

Wes Fang, the Wagga Wagga-based Nationals member of the New South Wales upper house, last night said the decision was ''nothing short of appalling'' and ''racially motivated dog whistling of the worst kind".

However, Funnell denied it was a racist move and said that the decision was about ''communism and not racism''.

“If we don’t sever ties with the afore mentioned (sic) anti-democratic organisations we are giving tacit approval to the PRC regime that what they are doing is alright, just by our ongoing relationship,'' he added.

He also said that ''we must show solidarity with all the victims of Covid-19, health care workers, frontline services, and also to our sister city and friends in places such as Fort Leavenworth in the United States. We must not show solidarity with the very regime that bears ultimate responsibility.''

Wagga Wagga, a city in New South Wales recognised Kunming as its Chinese sister city since 1988.