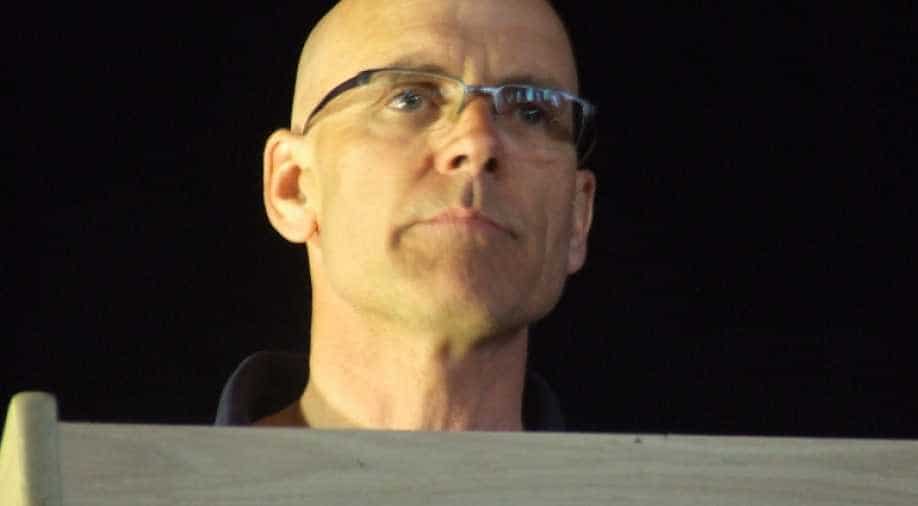 Academic Clive Hamilton said his book "Silent Invasion" was pulled by publisher Allen & Unwin last week just as it was about to go to press. (Picture Courtesy: Wikipedia Commons ) Photograph:( Others )

An Australian publisher has shelved plans to release a book detailing alleged Chinese interference in the country over fears of legal attacks by Beijing, the author said Monday.

Academic Clive Hamilton said his book "Silent Invasion" was pulled by publisher Allen & Unwin last week just as it was about to go to press.

He told AFP that Allen & Unwin had cited "serious...threats" of possible legal action from Beijing should the company release the work.

The book, which was to be his ninth with the publishing house, included the names of individuals and organisations trying to influence Australian society and politics in China's interests, Hamilton said.

He described it as "very factual, very deeply researched".

In an email exchange with Allen & Unwin which Hamilton shared with AFP, the publisher said there was a "very high chance" the company could be sued for defamation if the book was published.

"If pursued with malice, this kind of vexatious legal action... could result in the book being withdrawn from sale, and both you and Allen & Unwin being tied up in expensive legal action for months on end or longer," it said.

Hamilton, a prominent author and professor of ethics and Charles Sturt University, called the decision "a watershed moment in Australia, when Beijing can suppress free speech".

A Chinese foreign ministry spokesman said Monday that he was not aware of the situation involving the pulled publication.

"China has been developing exchanges and cooperation in various areas with Australia based on mutual respect, equality and mutual benefit," spokesman Geng Shuang said during a regular press briefing.

"We hope relevant parties can put this in perspective and do more things that are conducive to the sound and steady development of China-Australia relations."

The incident came amid heightened anxieties in Australia over the extent of Beijing's soft power.

The probe, by the ABC and Fairfax Media, said intelligence agencies had major concerns that Beijing was interfering in Australian institutions and using the political donations system to gain access.

Last month Foreign Minister Julie Bishop warned Chinese students in Australia they should abide by the nation's values of "openness and upholding freedom of speech".

Hamilton said Allen & Unwin had suggested delaying his book's publication until court cases brought by Beijing against other Australian media were settled.

But he rejected letting his manuscript "sit on a shelf gathering dust for a year or more" and insisted he would find another publisher for the work.

Other Western publishers have reported being pressured by Chinese authorities over content inside China.

In August, another foreign publisher, Britain's Cambridge University Press, temporarily removed 300 academic articles covering sensitive Chinese political issues from a journal's website in China at the request of an import agency, only to revive the texts in response to public outcry.

That same month, US-based Association for Asian Studies said it had received a similar request from China's publications administration, but it did not comply.

In a statement to several media outlets, global publisher Springer Nature said this month that it has blocked access within mainland China to "a small percentage of our content (less than one percent) in compliance with local distribution laws".

The censored articles, covering topics such as Tibet and the Tiananmen Square protests, are still viewable outside mainland China.