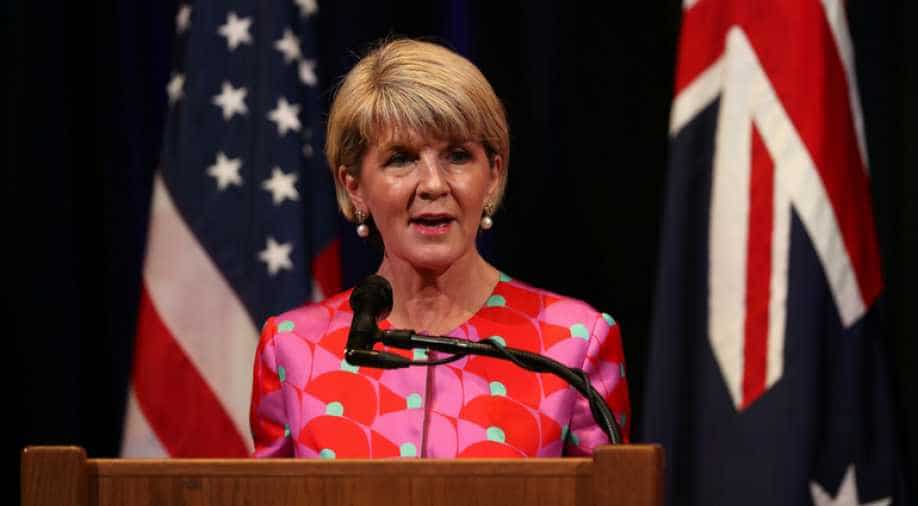 Australia, the United States and Japan will jointly invest in infrastructure projects in the Indo-Pacific, officials announced Tuesday, in an attempt to counter China's efforts to court influence in the region.

Beijing has loaned countries across Asia billions of dollars as part of its "Belt and Road" development strategy, including to island nations in the Pacific, a region Canberra views as its backyard.

The Australian government has raised fears in recent months that some small Pacific nations might get trapped with unsustainable debts, handing Beijing influence.

She said Australia's foreign affairs department (DFAT), the US' Overseas Private Investment Corporation (OPIC), and the Japanese Bank for International Cooperation were developing a framework of cooperation.

Bishop did not name China in her announcement, but Canberra has been critical of Beijing's Pacific "soft diplomacy" push and has refocused its aid programmes to win hearts and minds in the island nations.

Australia last month said it will negotiate a security treaty with Vanuatu and would also fund and build an undersea communications cable to the Solomon Islands and Papua New Guinea.

China's role in the region is set to be high on the agenda at the 18-nation Pacific Islands Forum annual meeting in Nauru in September.

Earlier this month China announced it was planning a first-ever summit between President Xi Jinping and Pacific Island leaders ahead of this year's Asia-Pacific Economic Cooperation (APEC) forum in Papua New Guinea.