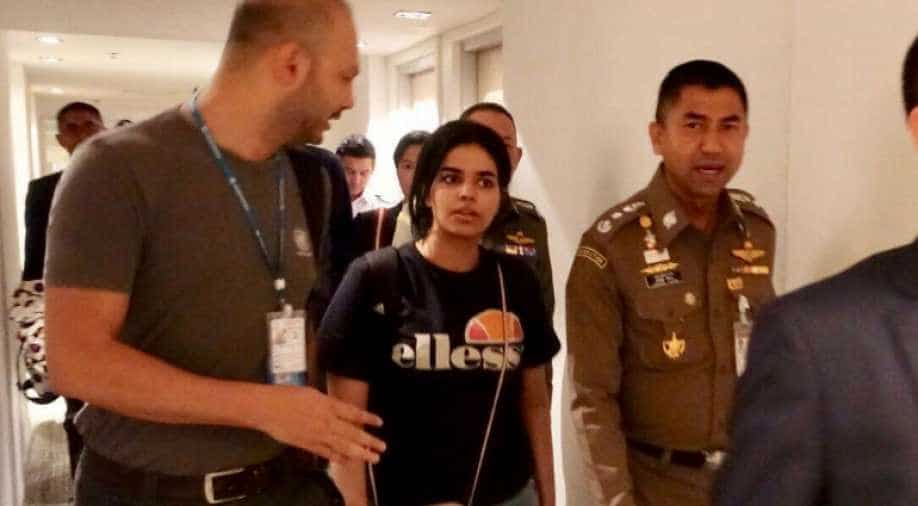 Australia said Rahaf Mohammed Al-Qunun's plea will be considered if the United Nations deems she is at risk.

Australia on Tuesday vowed to consider an 18-year-old Saudi woman's plea for asylum, further easing fears she could be forcibly returned home.

Rahaf Mohammed Al-Qunun's desperate bid to reach Australia will be "carefully considered" if the United Nations deems she is at risk, an official told AFP.

Qunun, fleeing alleged abuse by her conservative family, says she tried to reach Australia on a tourist visa.

But she was stopped en route by authorities in Thailand at the request of the Saudi government, which demanded the woman return to her family.

Qunun barricaded herself in a Bangkok airport hotel room, refusing to leave and posting determined calls for asylum on social media to draw attention to her plight.

She is currently being assessed by the UN's refugee agency.

Human rights activists had expressed concerns that Australia's government — which takes a hard line on immigration — may revoke her tourist visa.

The official did not confirm or deny if the visa had been revoked but said it would make no difference to her bid to reach Australia.

"Any application by Ms Al-Qunun for a humanitarian visa will be carefully considered once the UNHCR process has concluded," the official said.

"Whether someone holds a visitor visa does not have a bearing on this process."

Australia had quietly pressed authorities in Thailand to grant the UN access to Qunun, and now wants the matter dealt with quickly.

"The government has made representations to the Thai government and the Bangkok office of the UNHCR about its serious concerns on this matter and the need for Ms Al-Qunun's claim to be assessed expeditiously," the official said.