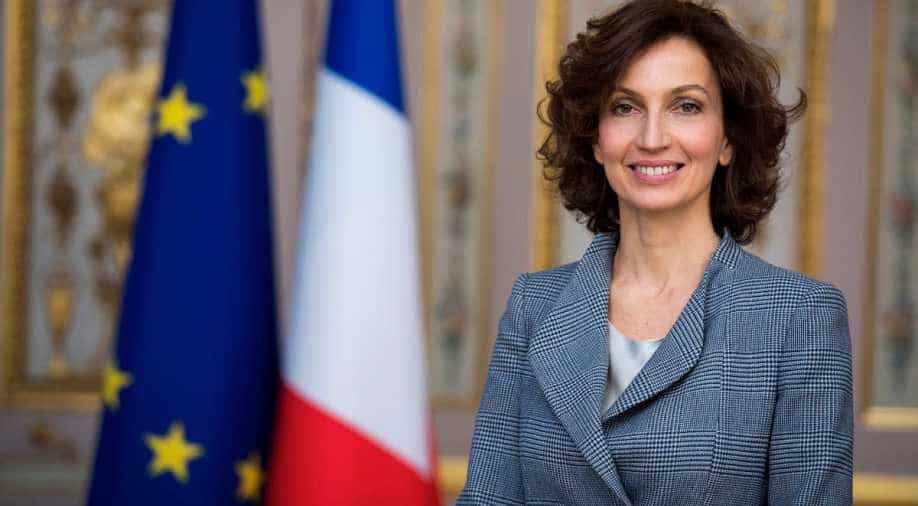 The vote was 131 in favour to 19 opposed to the nomination by the agency's board last month of Azoulay, 45, who becomes UNESCO's second woman director general.

French former culture minister Audrey Azoulay, says her top priority will be to calm the waters for a body riven by dissensions and under fire for dragging its feet on much needed reforms.

"To rebuild unity, we must promote UNESCO's assets and know-how and that of its members," Azoulay told AFP in an interview.

The Paris-based cultural, scientific and cultural organisation "must show through its actions that UNESCO is addressing the challenges of globalisation today," said the 45-year-old whose nomination was confirmed on Friday.

She said she would seek to "reduce a certain amount of tensions" but conceded that they would "always exist".

The vote that saw Azoulay succeed outgoing UNESCO chief Irina Bokova was overshadowed by Washington's announcement that it planned to withdraw from the body after years of strained relations over decisions seen as critical of Israel.

In 2011 US president Barack Obama suspended funding for UNESCO -- about 22 percent of its annual budget -- for accepting Palestine as a member.

In the years since, UNESCO has been the scene of several flare-ups over Arab-sponsored resolutions critical of Israel.

In July, it declared the Old City of Hebron in the occupied West Bank an endangered World Heritage site, infuriating Israel while delighting Palestinians.

The decision by Obama's successor Donald Trump to withdraw from the body will take effect at the end of 2018, when Washington will establish an "observer mission" to replace its UNESCO representation.

"But UNESCO must keep the door open and continue to work with American civil society," said Azoulay, who was culture minister under the Socialist president Francois Hollande for a little over a year until he left office in May.

"We must nip divisive issues in the bud, find joint solutions" and avoid issues that UNESCO cannot resolve -- "which is not its function by the way", Azoulay said.

She recognised that the sprawling 72-year-old body is "sometimes paralysed or taken hostage by disputes that it cannot resolve".