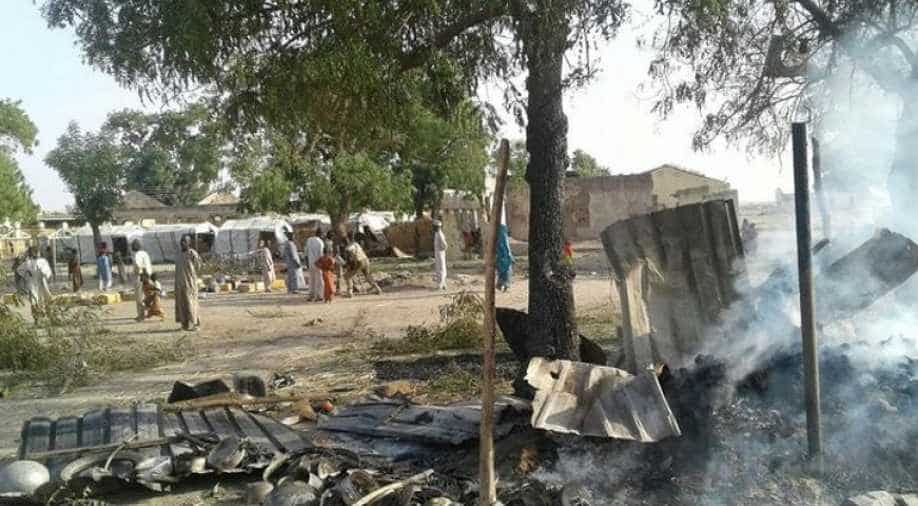 At least 76 people were killed in Tuesday's accidental Nigerian Air Force strike on a refugee camp and more than 100 were wounded, the International Red Cross and Red Crescent Movement (ICRC) said on Wednesday.

The air force has said an unknown number of civilians were killed and wounded in the mistaken strike in Rann, Borno state. The state has been the epicentre of Boko Haram's seven-year-long attempt to create an Islamic caliphate in the northeast.

The air force has said civilians were accidentally killed and wounded in the attack, which was aimed at the jihadist group, but neither it nor the government has provided an official figure for the number of casualties. Aid group Medecins Sans Frontieres (MSF) has said 52 were killed and 120 were wounded.

ICRC said six Nigeria Red Cross members were killed and 13 wounded. "In addition to aid staff, it is estimated that 70 people have been killed and more than a hundred wounded," it said in a statement.

Lai Mohammed, the information minister, said "the accidental bombing is not a true reflection of the level of professionalism" he had witnessed in the air force.

The strike followed a military offensive against Boko Haram in the last few weeks.

The group's insurgency has killed more than 15,000 people since 2009 and forced some two million to flee their homes, many of whom have moved to camps for internally displaced people.