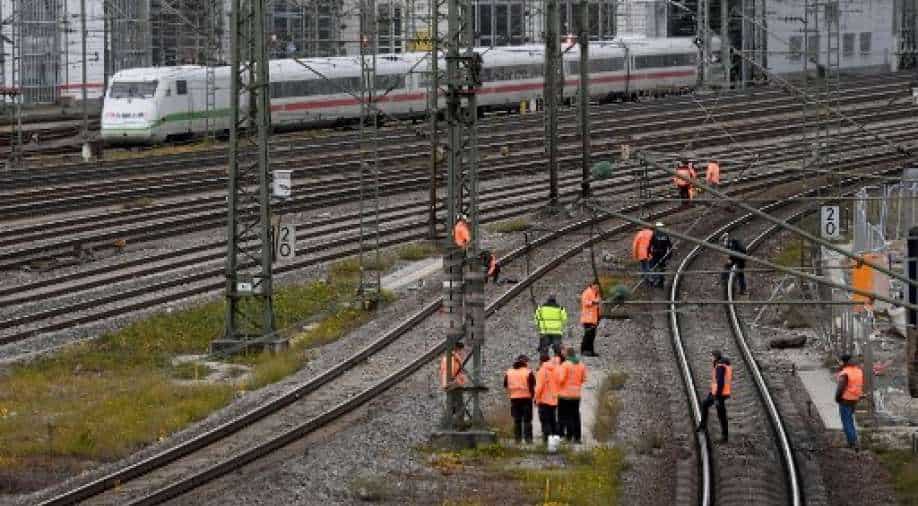 The incident took place when the construction workers were doing some drilling work near Donnersberger Bridge, close to the main station

At least four people were injured, one of them severely, after a World War II bomb exploded on a railway construction site in Munich, Germany. Local media reports state that the blast was heard several kilometres away and it scattered debris for hundreds of metres.

The incident took place when the construction workers were doing some drilling work near Donnersberger Bridge, close to the main station.

In the aftermath, rail operator Deutsche Bahn had to suspend its services on the affected lines. Bavarian Interior Minister Joachim Hermann revealed that the bomb weighed 250kgs.

4 injured in blast after workmen drill through device at construction site near Munich train stationhttps://t.co/KwuU4iNyLU pic.twitter.com/OItXxEV1Dk

"It has to be investigated why no-one spotted this bomb earlier," Mr Herrmann said while speaking to local media.
More than 70 years have passed since WWII ended, still, more than 2,000 tonnes of live bombs and munitions are discovered each year in the country.

The war had battered the country with 1.5 million tonnes of bombs that killed nearly 600,000 people. As per officials, 15 per cent of the bombs failed to explode. Many of these are buried in the ground.

This is not the first time that such an incident has taken place. WWII bombs are regularly discovered during construction work in Germany. However, they are usually defused by experts.

Earlier, in October 2020, the biggest WWII bomb ever found in Poland exploded underwater while being defused by Polish sappers.

The bomb was found in the Piast Canal which connects the Baltic Sea with the Oder River, and was dropped by the RAF in 1945 in an attack on the German cruiser Lutzow.

The site is near the town of Swinoujscie in northwest Poland where a liquefied natural gas (LNG) terminal was opened in 2016.

Dubbed the "earthquake" bomb, the Tallboy bomb was used by Britain's Royal Air Force (RAF) and weighs nearly 5,400 kg, including 2,400 kg of explosive, the Navy said.