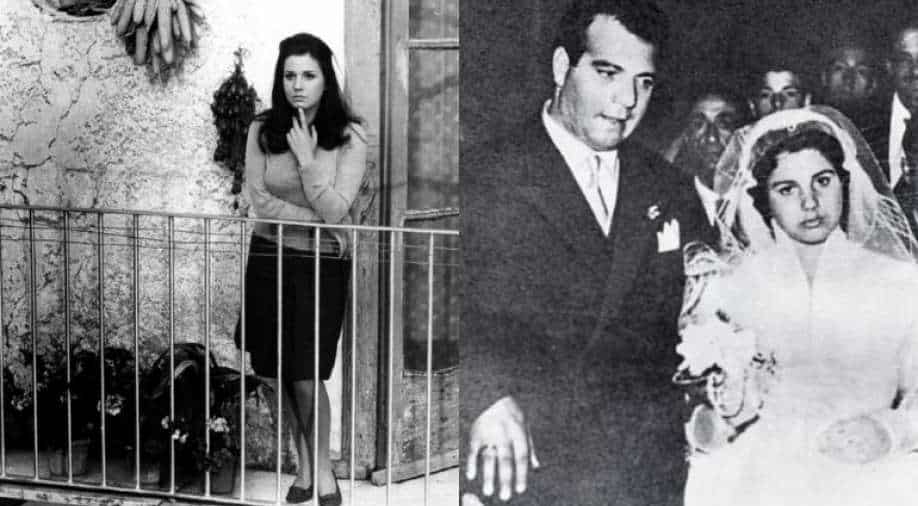 Beauty queen Assunta Maresca shot dead her husband's murderer as a six-month-pregnant 18-year-old and was linked to other killings. Photograph:( Twitter )

Assunta “Pupetta” Maresca, the widow of a Naples organized crime boss who was convicted of gunning down her husband’s presumed killer for revenge, later challenged a powerful Camorra clan leader and inspired a movie about her life, has died. She was 86.

A former adolescent beauty queen who shot and killed her husband's killer before becoming the boss of the Camorra mafia clan has died at the age of 86.

Pupetta, or "Little Doll" in English, was a feared crime leader who died at her home in Castellamare di Stabia, near Pompeii, after an illness.

When Assunta Maresca shot and killed Antonio Esposito (her husband's murderer), she was 18 years old and six months pregnant.

Esposito was a former crime associate of her husband, Pasquale Simonetti, and was even present at his April 1955 wedding to Maresca.

But, just two months later, he turned on him, hiring Carlo Gaetano Orlando, a low-level member of his entourage, to assassinate the bridegroom in Naples' bustling Piazza Mercato.

Maresca, the daughter of infamous Camorra member Vincenzo Maresca, resolved to wreak revenge on the crime boss herself, believing that the cops would look the other way.

She tracked down Esposito and shot him with a '.38 Smith & Wesson' in broad daylight.

Maresca was sentenced to 18 years in prison after confidently declaring at her murder trial in 1959, "I would do it again!" to the delight of the courtroom.

After ten years, her sentence was reduced to 13 years and four months, and she was pardoned.

She had won a beauty pageant and been named Miss Rovegliano, a Naples suburb, the year before the murder.

The ferocious crime boss gave birth in prison but didn't see her son Pasqualino until 14 years later, following her release.

Maresca went on to star in a film based on her life and open two clothing stores in Naples when she was released.

She also had twins with Umberto Ammaturo, a well-known heroin smuggler and arms dealer.

According to The Guardian, Maresca accused her husband of killing Pasqualino, which led to the marriage's demise.

According to the magazine, Ammaturo was envious of Pasqualino's ambition to command the Camorra.

In January 1974, when Pasqualino was 18, he went to visit Ammaturo at a building site in Naples and then vanished.

Maresca suspected Ammaturo of murdering her son and burying his body in cement, but stayed with the mob figure out of fear that he might hurt their twins.