Several arrested during Catalan protests over jailing of separatist leaders 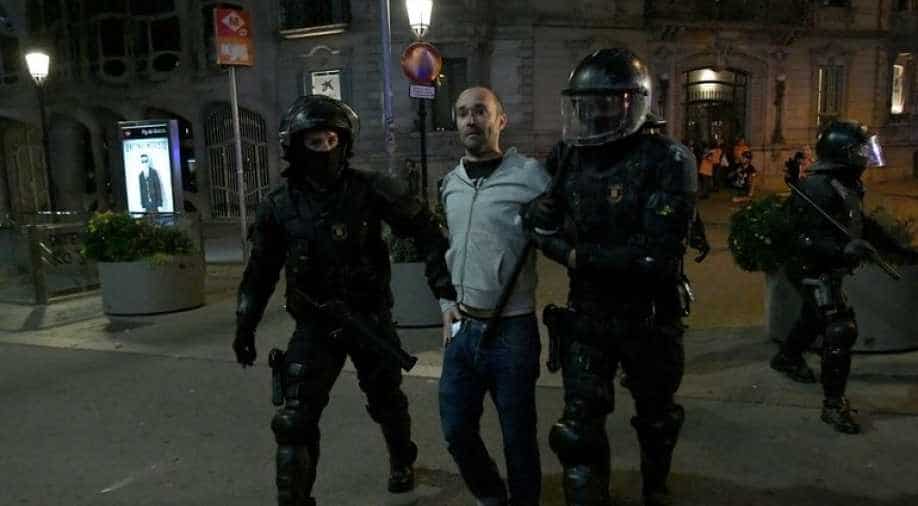 The protests ended in clashes with police in many cities.

Police in Spain said Wednesday they arrested 51 people across Catalonia overnight after violent protests over the jailing of nine separatist leaders for their role in a failed 2017 independence bid.

Pro-independence groups staged sit-ins outside Spanish government offices in a number of Catalan cities late Tuesday, with around 40,000 people taking part in Barcelona and 9,000 in the separatist stronghold of Girona, according to police.

The protests descended into clashes with police in many cities.

In Barcelona, police charged hundreds of masked demonstrators who threw projectiles at officers and set garbage bins and cardboard boxes on fire.

When one man tried to put out the flames of a burning rubbish container with a fire extinguisher, masked protesters pushed him away, images broadcast on Spanish television showed.

National and regional police arrested 29 people in the province of Barcelona, 14 in Tarragona province and eight in Lleida, according to Spain's interior ministry.

The ministry said 72 police officers were injured in the clashes, including several who suffered broken bones.

A high-speed train between Barcelona and Figueres, a town not far from the French border, was blocked due to sabotage, the central government said in a statement.

Several streets in Barcelona, the Catalan capital, were cut off because crews were cleaning up debris from 157 fires set overnight, it added.

The protests erupted after the Supreme Court on Monday issued heavy prison sentences of between nine and 13 years to Catalan separatist leaders convicted of sedition over the 2017 referendum and short-lived declaration of independence.