Argentina's finance minister asked to step down as ministry reorganises 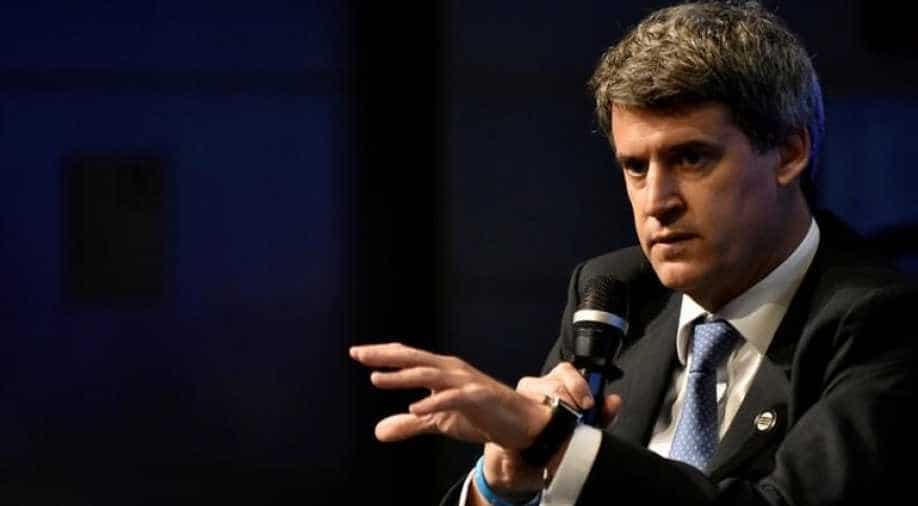 "Due to the disagreements that there were at times over the design and functioning of the team, we thought it was best for the team at this stage to make a change," Marcos Pena said at a news conference. Photograph:( Reuters )

As part of the move, the Finance Ministry will be split in two, with the treasury division led by economist Nicolas Dujovne and the finance division led by current finance secretary Luis Caputo, who has reported to Prat-Gay.

Pena said Macri's decision to ask Prat-Gay to leave had to do with management issues rather than disagreements over economic policy. Macri has sought to close Argentina's gaping fiscal deficit, but the government has been taking a gradual approach to avoid worsening a deep recession.

"Due to the disagreements that there were at times over the design and functioning of the team, we thought it was best for the team at this stage to make a change," Pena said at a news conference.

Prat-Gay will remain in place until the end of the week, Pena said, and was flying to the southwestern Argentine city of Villa la Angostura to have lunch with Macri, who is on vacation.

Prat-Gay was instrumental in lifting Argentina's currency controls and negotiating a deal with holdout creditors over debt that Argentina defaulted on in 2002, two of the centre-right Macri administration's main achievements after taking office last December, ending more than a decade of populist rule.

Caputo also played a crucial role in the deal with holdouts, which paved the way for Argentina's return to international credit markets for the first time in more than a decade.

Rumours about Prat-Gay's future had swirled in recent weeks after an income tax proposal crucial to the government's deficit reduction targets failed in Congress, forcing the government to renegotiate a new deal with the opposition.

The reshuffle comes less than a week after Isela Costantini resigned as the chief executive officer of state-run airline Aerolineas Argentinas.