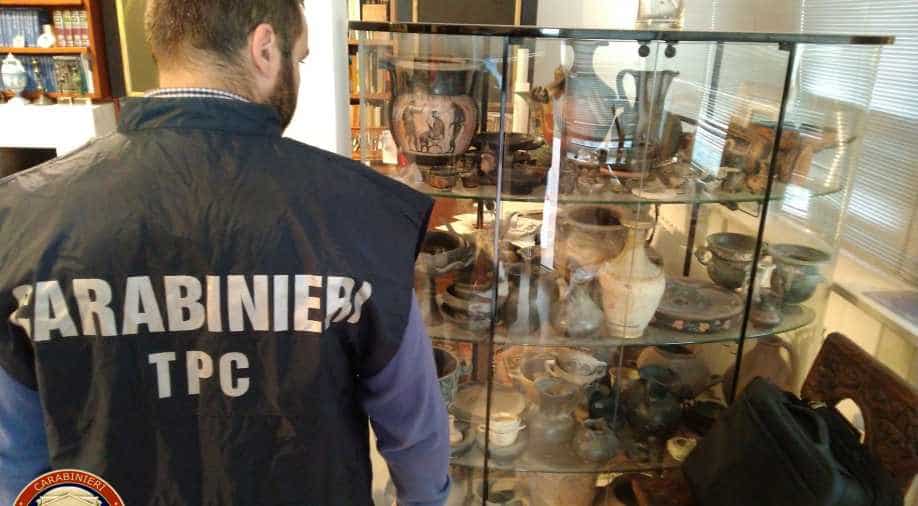 An international crime gang that ransacked ancient sites in southern Italy and trafficked stolen archaeological goods worth millions of euros have been broken up, police said on Monday.

The crime gang operated out of the toe of Italy and carried out illegal digs in areas where official archaeologists had yet to explore. Police said they had been following the group since May 2017, using wiretaps and video surveillance to see how the art treasures were found and then sold abroad.

"Significantly, images taken by drones show the violence of the clandestine digs carried out by this criminal gang, with a (mechanical) excavator used to break up the ground with enormous brutality," the police statement said.

Among the areas ransacked were sites that dated back to the 4th and 5th centuries BC, when the coast of southern Italy was dotted with ancient Greek colonies.

The thieves walked off with terracotta vases, painted plates, brooches and jewels. Police said the stolen goods had a value of "several million euros".

Middlemen who looked to sell on the looted artefacts worked out of London, Munich, the French city of Dijon and Vrsac in Serbia.

Italy has a police unit dedicated to tackling art looters which led the operation in the southern tip of the country.

"Calabria is particularly rich in ancient heritage and is the object of incessant and intense plundering which feeds the clandestine market for artwork," the unit said on Monday.