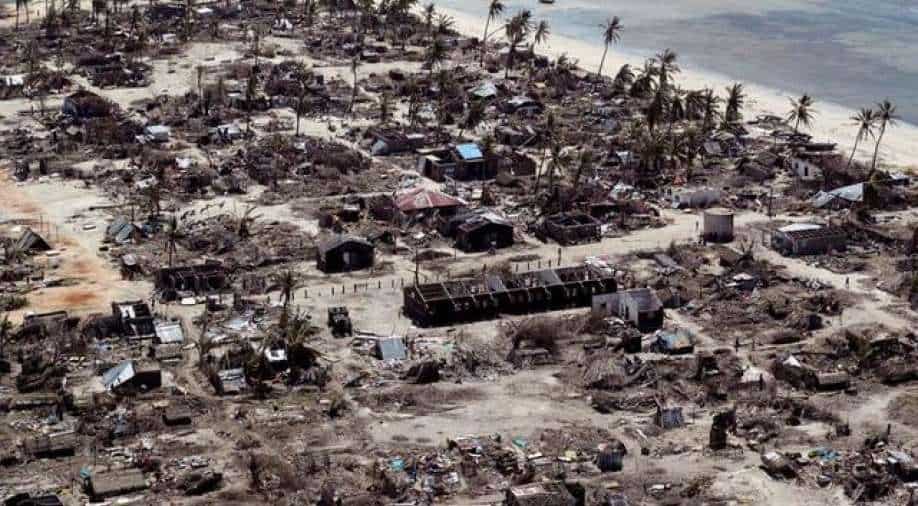 Tropical storm Eloise is currently over the Mozambique channel and is expected to slam into the country`s central region on Saturday, hitting the port city of Beira and surrounding areas, which bore the brunt of Idai in March 2019.

A powerful storm approaching Mozambique is expected to intensify into a tropical cyclone on Friday, the United Nations` humanitarian agency OCHA said, bringing heavy winds and rains to a region devastated by Cyclone Idai nearly two years ago.

Tropical storm Eloise is currently over the Mozambique channel and is expected to slam into the country`s central region on Saturday, hitting the port city of Beira and surrounding areas, which bore the brunt of Idai in March 2019.

"There are growing concerns regarding the potential for widespread floods, with all river basins in Sofala and Inhambane provinces already above alert levels and more rains to follow in the coming days," the U.N. Office for the Coordination of Humanitarian Affairs (OCHA) said, referring to two central provinces in the storm`s path.

Mozambique`s National Meteorological Institute (INAM) said the storm had the potential to develop into a category three cyclone, forecasting maximum wind speeds of up to 140 km/h and the chance of as much as 200 millimetres of rain in 24 hours.

According to the International Organisation of Migration, there are some 93,418 displaced people in Mozambique`s central region, the vast majority forced from their homes by Cyclone Idai and others displaced by more recent storms and floods.

Idai killed more than 1,000 people across Mozambique, Malawi and Zimbabwe, with Mozambique the worst affected.

Many residents criticised the government at the time for not doing more to protect them from one of the most severe storms to hit Africa`s east coast in more than a decade.

This time, some people in Buzi -- a district outside of Beira that was among the worst-affected by Idai -- have been evacuated to temporary shelters in primary schools, OCHA said, citing local news reports.

Search and rescue operations are under way to reach some 400 families along the Buzi river and in some interior villages after intense rainfall, it added.

After making landfall in Mozambique, tropical storm Eloise is forecast to travel inland to southern Zimbabwe, eastern South Africa and far eastern Botswana. While it will lose strength as it travels, it is expected to continue to dump rain.