Another presidential hopeful arrested in Nicaragua 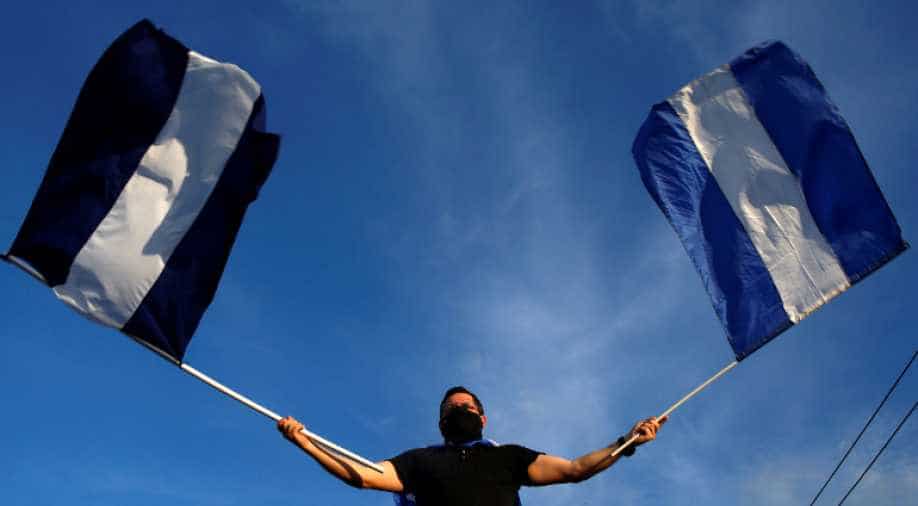 Noel Vidaurre was put under house arrest, accused of "undermining the sovereignty" of the country, in the latest of a series of arrests condemned by the United States and European Union

Another presidential candidate was arrested in Nicaragua on Saturday, police said -- the seventh potential contender detained by Daniel Ortega's government in the lead-up to elections on November 7.

Noel Vidaurre was put under house arrest, accused of "undermining the sovereignty" of the country, in the latest of a series of arrests condemned by the United States and European Union.

Seven opposition presidential hopefuls have been among 28 people detained by Ortega's government.

In a clampdown that began on June 2, Ortega's government has rounded up political rivals in a series of house raids and nighttime arrests on charges of threatening Nicaragua's "sovereignty."

The charges are rooted in a law initiated by Ortega and approved by lawmakers in December, widely criticized as a means of freezing out challengers and silencing opponents ahead of the election.

The law bars "those who ask for, celebrate and applaud the imposition of sanctions against the Nicaraguan state" from seeking public office.

Vidaurre, 66, was one potential candidate for the Alianza Ciudadanos por la Libertad group standing against Ortega.

Presidential candidates will be able to register from July 28 to August 2.

Ortega says the people rounded up by his forces are "criminals" seeking to overthrow him with US backing.

But the clampdown has drawn international condemnation and fresh sanctions, with the United States branding the long-term leader a "dictator."

The European Union has said it was "inconceivable" the November elections "will be anything remotely approaching a democratic competition."

A firebrand Marxist in his younger days, Ortega and his Sandinistas toppled a corrupt autocratic regime to popular applause and seized control of the country in 1979.

He was elected president in 1984 and ruled until 1990 when he was beaten by Violeta Barrios de Chamorro, then returned to power in 2007. He has won two successive reelections.

Cristiana Chamorro, ex-president Chamorro's daughter and widely seen as the favorite to beat Ortega this year, was the first to be targeted and is now under house arrest on government claims of money laundering.

Ortega has been accused of increasing authoritarianism, especially following the brutal repression of anti-government demonstrations in 2018 which left more than 300 dead and thousands in exile, according to rights bodies.

His vice president since 2017 is his wife, Rosario Murillo.