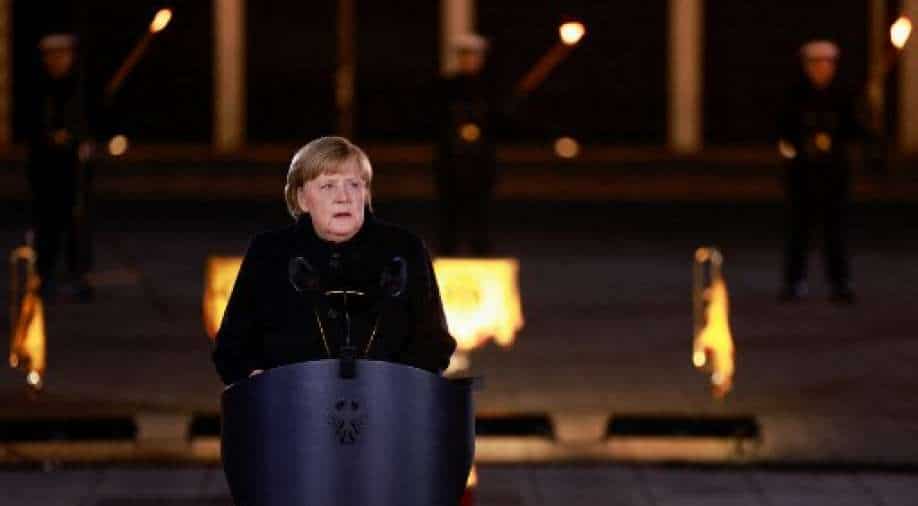 Astonishing the Germans, she picked a Nina Hagen soundtrack for her military leaving ceremony

Germany's military saluted Angela Merkel, with a hit by the "godmother of punk" Nina Hagen, as they bid farewell to her during the ceremony - 'Grand Tattoo.'

The Bundeswehr staff music corps also played a hymn. Wisely chosen, they played a 1960s song with the lyrics, "I can't acquiesce, can't make do, I still want to win."

The '60s song "Red roses are to rain for me" reflects Merkel's youthful ambition.

Astonishing the Germans, she picked a Nina Hagen soundtrack for her military leaving ceremony. She is known for her regular attendance at Bayreuth opera festival, which is dedicated to the composer Richard Wagner.

This is why Merkel managed to surprise everybody with her unusual playlist for the military pomp.

﻿Almost all the members of Germany's political elite were invited to the event, except the far-right Alternative for Germany.

Merkel has officially bid farewell to sixteen years in office. At the ceremony, she said, her four terms were "eventful and often very challenging years."

"They have challenged me politically and humanly and at the same time, they were also fulfilling." She further stressed how democracies live on "solidarity and trust, also from trust in facts."