Delays and 'poison pills': Team Trump runs out of road in NAFTA talks 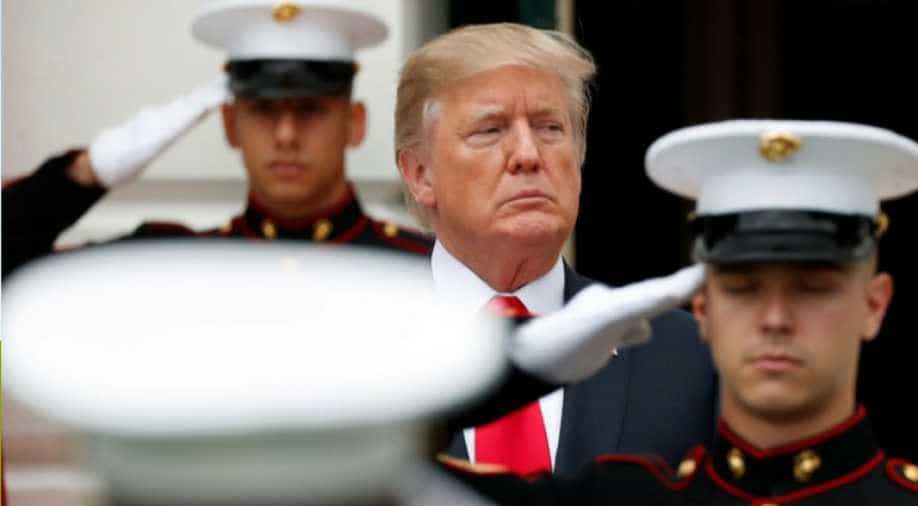 President Donald Trump is running out of time to deliver a revamp of the North American Free Trade Agreement (NAFTA) he promised for this year and people involved in the talks say the crunch is largely of his administration's own making.

Negotiators, industry lobbyists, trade experts and lawmakers briefed on the talks described how precious months passed before the US team presented its proposals and how the talks stalled because the demands far exceeded what Canada and Mexico had expected and Washington signalled no readiness to compromise.

In the end, an unusually tight timetable allowed little space to bridge differences on the core issues, such as the US and regional content requirements for the auto industry.

Talks started last August with a goal to conclude in just four months, but as a May 17 notification deadline to allow the current Republican-led US Congress to approve a new agreement before year-end passed, US Trade Representative Robert Lighthizer warned a deal was "nowhere near close."

Up until a few weeks ago, Lighthizer thought Mexico faced the biggest time pressure to wrap up the talks before its July 1 presidential elections.

In early May, however, Mexican Economy Minister Ildefonso Guajardo told Lighthizer in Washington that he would be able to negotiate a NAFTA agreement up until the Dec. 1 transition to a new government - even if an opposition candidate won.

Suddenly, it was the United States running against the looming congressional deadline, the Mexican source said.

The Trump administration's negotiating goals submitted to Congress in July 2017 talked of shrinking trade deficits with Mexico and Canada and boosting US auto production.

In contrast, the US neighbours saw the talks more as a "modernization" exercise, proposing, for example, chapters on the digital trade that did not exist when NAFTA took effect in 1994.

Broadly, both were fine with the status quo, so when it took Washington two months to present specific demands the delay played into their hands.

"How can you launch talks to update a treaty and then make everyone wait months before you explain what you want," asked one Canadian official briefed on the talks.

Lighthizer's office said he was clear all along about aiming to "rebalance" NAFTA trade in US favour.

"The United States has been very clear and specific from the start about what we hope to see in a new NAFTA and has worked at an unprecedented pace to negotiate a better deal for America," the office's spokesman said.

When Lighthizer's team presented the demands in October, Canadian and Mexican officials said they amounted to surrendering decades of trade benefits, which they could not accept.

US business groups labelled those demands "poison pills" that threatened to derail the talks and prompt Trump to quit the pact. The key ones were: a steep increase in regional automotive content requirements, a demand for half the value of North American vehicles to originate in the United States and a requirement to renegotiate the pact every five years.

All remain unresolved, despite nearly eight weeks of marathon negotiations in Washington in April and May, focused mainly on autos.

Canada and Mexico had their role in running down the clock. It has taken Ottawa and Mexico three months to produce counterproposals, drawing criticism from Lighthizer they were failing to “engage.”

Canadian and Mexican negotiators argued they needed time to understand the logic of US demands because they came without customary backup evidence and analysis. US negotiators said it was the consequence of the extremely tight timetable.

But US chief negotiator John Melle privately complained to US colleagues that Ottawa was deliberately wasting time on less essential matters, such as proposed new chapters on women's and indigenous people's rights, a US source close to the talks said. Canadian officials deny trying to drag out negotiations.

Speaking at a business event early this year, Canada's veteran chief negotiator, Steve Verheul, described the talks as the "most unusual negotiation" he had ever been involved in, because of Washington's winner-takes-all approach.

"They are looking to strengthen the US and by doing that weaken Canada and Mexico."

Trump's threats to quit NAFTA and Washington's uncompromising stance made some involved in the talks wonder whether its goal was to blow up the pact or improve it.

"My boss thinks 40 percent of Lighthizer wants a deal, 60 percent doesn't, and you see both Lighthizers, sometimes in the same conversation," one NAFTA diplomat said.

Lighthizer frequently told reporters and lawmakers that he was negotiating for “an audience of one,” and it was ultimately Trump's call whether to accept or reject a deal.

Talks seemed to gain some momentum in early April when US negotiators toned down their automotive demands - cutting the proposed regional content threshold by 10 percentage points to 75 percent, but with a $16 minimum wage component for 40 percent of autos. Mexico responded with 70 percent and 20 percent, respectively, though Guajardo on Friday still put chances of a deal before July 1 at about 40 percent.

However, with Washington waging trade battles on other fronts it has been hard to sustain that momentum.

For example, when the United States threatened to hit Chinese imports with tariffs because of intellectual property concerns and talks reached a critical phase in late April, a trade mission to Beijing took Lighthizer away from NAFTA for a week.

And last week, his office launched a national security investigation that could lead to tariffs on vehicle and auto parts imports from North America, Europe and Asia. Canadian Prime Minister Justin Trudeau told Reuters on Thursday the move was intended to pressure Canada and Mexico in the NAFTA talks.

Whether they will yield to that pressure is another matter and in the meantime, the probe could end tying up Lighthizer's stretched resources.

Even with a deal on autos, it could take time to work out other issues, such as intellectual property safeguards for drugmakers, said former US trade negotiator Wendy Cutler.

"Sometimes there's just not enough time to come up with creative solutions."