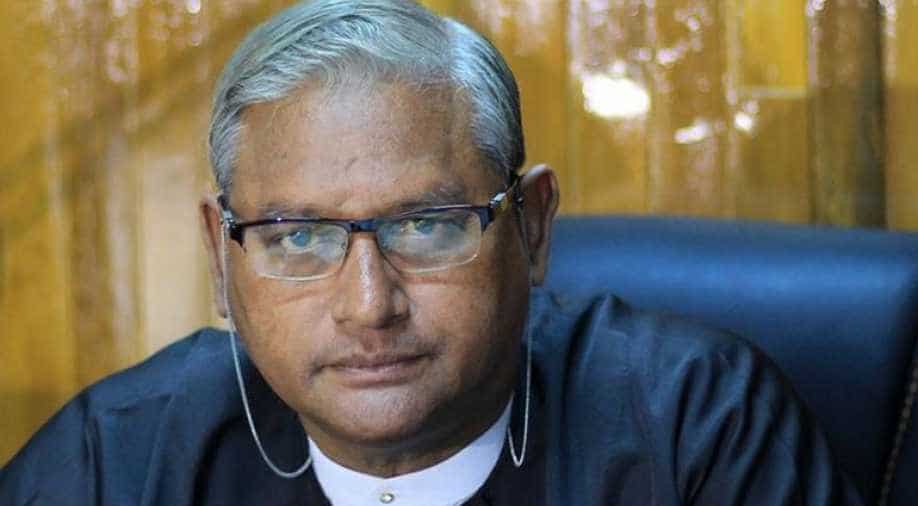 Ko Ni's funeral has been set for 4 pm on Monday at a Muslim cemetery in Yangon, according to an announcement posted at his home. Photograph:( Reuters )

Sunday's slaying, amid heightened communal and religious tension in Buddhist-majority Myanmar, appears to be a rare act of political violence in the commercial capital that coincided with a tough security operation in a northwestern region populated mostly by Muslims.

Police have arrested a 53-year-old man, suspected to be the lone gunman who shot Ko Ni in the head while the lawyer held his young grandson. Ko Ni was an expert in constitutional law and adviser of the ruling National League for Democracy (NLD).

A taxi driver was also killed when he attempted to apprehend the gunman, whom police named as Kyi Linn from the central city of Mandalay.

Reuters was unable to contact the suspect's family for comment and it was not clear if he had legal representation.

Ko Ni's funeral has been set for 4 pm on Monday at a Muslim cemetery in Yangon, according to an announcement posted at his home.

The killing had "all the hallmarks of an assassination", human rights group Amnesty International said in a statement on Sunday, calling for a "thorough, independent and impartial investigation".

Ko Ni, 63, had criticised the continuing role of the military in governing Myanmar despite the party, led by Nobel laureate Aung San Suu Kyi, assuming power in April.

Family members and friends told Reuters Ko Ni had received threats to his life connected to his political work, but the motive for the killing is still unknown.

Ko Ni's death was "a great loss for which there is no susbstitute," the NLD said.

"We cautioned our NLD party members to continue political work with no hesitation, maintain stability and avoid serious responses," the party said in a statement late on Sunday.

The timing of the killing was a matter of particular concern, said the International Crisis Group (ICG), since it comes just months after attacks on border police blamed on insurgents from the Rohingya minority.

It was essential "that no stone is left unturned in finding the truth about this incident and who may have been behind it," the ICG tank said in a statement.

Residents, refugees and monitors accuse soldiers of extrajudicial killings, arbitrary arrests, rape and arson in response to the border attacks on October 9.

The government strongly denies most allegations, but 66,000 people have fled to Bangladesh and at least 21,000 have been internally displaced, the United Nations says.

Ko Ni was returning from Indonesia, where Myanmar government officials and Muslim leaders, including the mostly stateless Rohingya, were discussing issues of reconciliation with Indonesian counterparts.

"In a context of strong anti-Muslim sentiment, rampant hate speech on social media, and virulent Buddhist nationalism propounded by some senior monks, this crime could embolden others and unleash further violence," the ICG added.