Amid Omicron spread, hugging has decreased and anxiety has increased: Survey 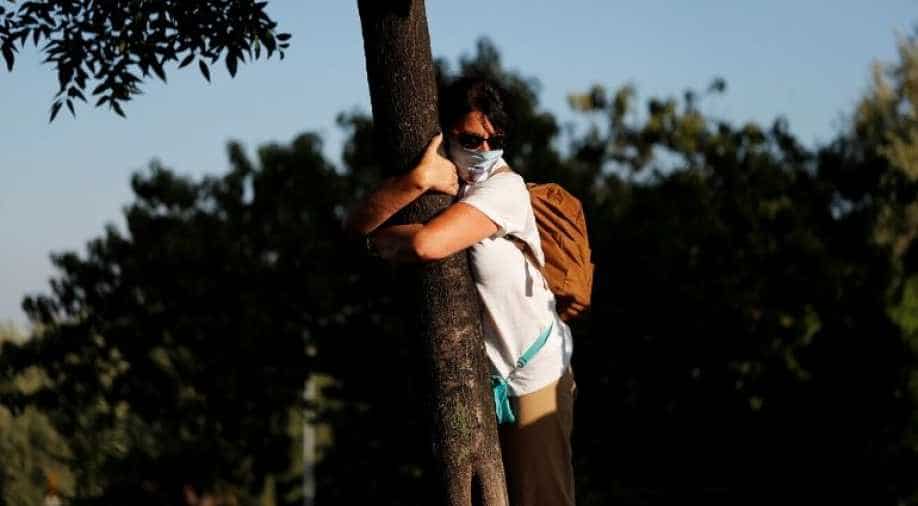 In Israel, people hugged trees to fill the void of hugging their loved ones amid fears of Covid spread. Photograph:( Reuters )

Hugging is fast becoming a forgotten concept in the UK due to the fear of coronavirus, a survey has revealed recently.

As per a survey conducted by YouGov and PA news agency, since the COVID-19 pandemic began, nearly 70 per cent people are to shy away from shaking hands with someone who does not live in the same house as them.

It has been revealed that nearly two-thirds of people do not want to shake hands with anyone who do not live with them as they fear that the deadly coronavirus may spread this way.

This figure has seen an increase from the last one, which was collected in January 2021. As per the experts, the levels have been increasing since the end of November, the time period when the new variant, Omicron, was identified in African nations and started spreading all around the world.

In addition to this, people have also admitted to increased use of hand sanitizer. Some people also claimed that they make it a point to wipe down trolleys or baskets in supermarket amid fears of community spread of the deadly coronavirus.

More than a third of interviewed people also reported that they prefer meeting people outdoors now, as experts have claimed that the possibility of catching the virus is more in indoor spaces.

Also, out of 1,652 people in the UK, a third of people said they fear that coronavirus pandemic will never be effectively over in the country, whereas four per cent said it is already over and rest believe that it will eradicate within a year or two.