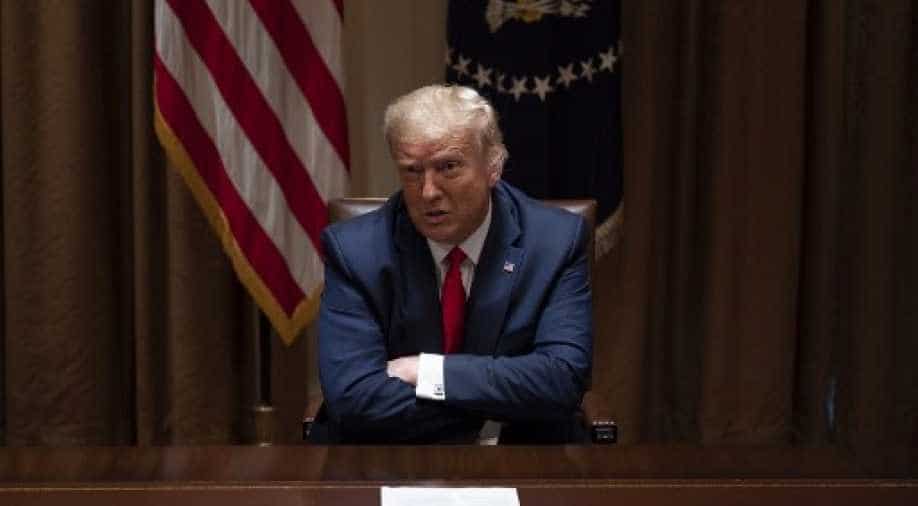 While addressing himself in the third person, Trump said, “China will own the United States if this election is lost by Donald Trump," in conversation with radio host Hugh Hewitt

On Tuesday, US President Donald Trump continued to attack his rival in the upcoming presidential elections, Joe Biden, by suggesting he was too soft on China.

While addressing himself in the third person, Trump said, “China will own the United States if this election is lost by Donald Trump," in conversation with radio host Hugh Hewitt.

"If I don't win the election, China will own the United States. You're going to have to learn to speak Chinese, you want to know the truth”, the president claimed.

China has become a focal point for the upcoming elections, with both candidates trying to sound tough against Chinese influence.

Trump has repeatedly blamed China for failing to contain the spread of COVID-19, and claims that his relationship with Chinese President Jinping has now soured. The US continues to bother China, be it in the form of sanctions against its top politicians like Carrie Lam, or the historic visit to Taiwan, which was the first in decades.

However, Trump is yet to still refer to the persecution of Uighur muslims in China, and his ex aide John Bolton claimed in a book that he had given his approval for the camps to Jinping.

"Who would ever say a thing like that? He made it up. He made up everything," Trump said, while referring to Bolton. "John Bolton is a sick person. And John, and he's not a smart person”, he added.

US Secretary of State Mike Pompeo had referred to the Chinese action against the Uighurs “the stain of the century”.

US President Donald Trump on Tuesday said that he was "surprised" when Joe Biden picked Kamala Harris as his vice-presidential candidate. He called Kamala Harris, the "most horrible" member of the US Senate.

Trump told reporters at the White House that Harris did not impress him when she was striving for the Democratic nomination in primaries ultimately won by Biden.

Donald Trump added that during his 2018 Senate confirmation hearings of Supreme Court Justice Brett Kavanaugh, Harris was "the meanest, the most horrible, the most disrespectful of anybody in the US Senate."

Trump tweeted out a video calling Harris a "phony" and 'attacking Joe Biden for "racist policies".