Americans are afraid. Not for themselves, but for the country 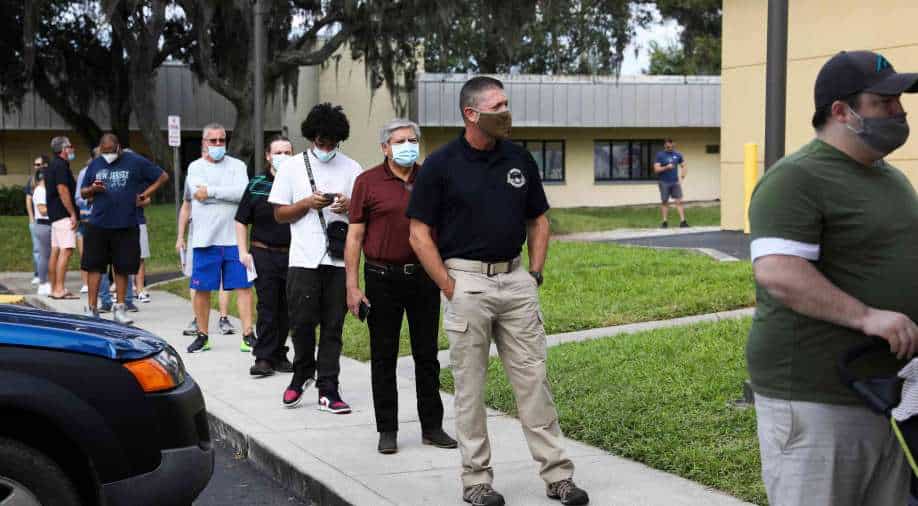 But when asked what really worries them on the eve of this election, most voters don’t cite their own finances, job prospects or personal safety. According to a national survey conducted by The Upshot and Siena College, they aren’t so much fretting about themselves as they are anxious about the country.

There is much to fear this year, as campaign speeches and ads remind voters. The virus is surging, hospitals are filling again, and children are falling behind in school. Renters risk eviction, and businesses remain boarded up. Violent crime has risen and could reach your neighborhood, the president warns. And in this unsettling time, you could lose your health care, your job, your property values or your local police department.

But when asked what really worries them on the eve of this election, most voters don’t cite their own finances, job prospects or personal safety. According to a national survey conducted by The Upshot and Siena College, they aren’t so much fretting about themselves as they are anxious about the country.

They fear the next generation in America will be worse off. Even some voters who say they are personally better off than four years ago say the country as a whole is worse off. And by wide margins, voters on the left and right say they’re concerned about the stability of American democracy.

These findings reflect long-standing research about the politics of fear: Broad anxieties about society tend to influence voters, and how they view government, much more than personal worries do. Even with that truism, voters in the poll described in follow-up interviews a level of alarm about the country — and American democracy in particular — that they say is new to them.

“I’ve never felt this way about our country,” said Jerry Thatcher, a 76-year-old Trump voter in Yamhill, Oregon. He doesn’t recognize the country that he says broke out in riots this year, or the politicians he believes did little about it. And he’s still haunted by the policy promises of Democrats in the primary. “It’s just not the country I fought for anymore,” he said. “They’re trying to change it over to socialism. And I’m just worried that they might get it done.”

Diane Haller, a 50-year-old Biden supporter in Avon, Ohio, says President Donald Trump has threatened the country’s foundations by bending the Department of Justice to his personal ends. “How is a democracy going to work if that’s allowed?” she said. “We’re just teetering, and it’s scary as all get-out.”

There have certainly been other moments of interlocking crises and deep anxiety in America in the past century. The 1920 election followed a world war and a pandemic, and came at a time of labor strife and racial violence. The 1968 campaign was contested amid urban unrest and anti-war protests.

But in those moments, the country didn’t have a president seen by many as having “taken a pickax to the tent poles of democratic institutions,” said David Bennett, a historian at Syracuse University.

And American sentiment has changed, too, said Beverly Gage, a Yale historian.

“People a century ago or even 50 years ago tended to still believe in a kind of narrative of progress,” she said. “‘Things are unstable now, but we are surging forth into some better future’ — even when they’re deeply, deeply anxious.”

That belief has been eroding for a couple of decades, she said. Today, there is little precedent in modern surveys for Americans expressing so much worry about democracy itself.

“Normally, these are concerns Americans have about other countries but not about their own,” said Ted Brader, a political scientist at the University of Michigan.

This presidential election, in other words, was for many voters never going to be about some of the personal fears Trump has emphasized: that your neighborhood could change for the worse in Joe Biden’s America; that you, personally, could be less safe.

Nor was it likely to be broadly about personal economic instability or job loss, the kinds of pocketbook issues Kamala Harris has often described as keeping voters up at night.

That’s in part because most voters simply don’t see how their personal circumstances relate to federal policy and the people who set it, political scientists say.

“It’s hard to make those connections — to think that your individual job is directly connected to what the government is doing,” said Jennifer Merolla, a political scientist at the University of California, Riverside. “That’s a really complex evaluation to make.”

For Trump, who effectively wielded fear of immigration and demographic change in 2016, this campaign has been more challenging.

“There are a couple ways in which the president has chosen an ineffective strategy,” said Shana Gadarian, a political scientist at Syracuse. The first is that he has tried to tug on personal worries, like falling property values. “The second,” she said, “is telling people not to be worried about something that is in fact worrisome.”

That is, the pandemic. In the Times/Siena survey, independent voters the president needs to win were far more likely than Republicans to say that they fear the worst of the coronavirus is yet to come, and that they worry their own family will become ill.

The voters who are most concerned about crime and neighborhood decline, on the other hand, are not the voters Trump’s messages appear intended to reach: They are African Americans, not white suburbanites. On crime, 38% of African American voters described themselves as very concerned, compared with just 13% of white suburban voters. The difference is similarly wide on voters’ fears that the character of their community could change for the worse.

Gayle Headen, an African American voter in New Hill, North Carolina, responded in the survey that she was very concerned about being a victim of crime — “a crime committed against me by the police,” she clarified in a follow-up interview.

That fear is both personal to her family and much wider, she said, and she connects it to her deeper worries about American democracy. She learned on her car radio about the death of Walter Wallace Jr., a Black man shot by police in Philadelphia. The news brought her to tears.

“When I was crying, I was praying, saying, ‘God, please keep me from falling into despair,’” Headen said. Racial injustice against African Americans has been at the front of her mind each day, and it is central to her family’s concerns, she said. “It is a part of our consciousness in a way that it has not been for the majority of my life,” said Headen, who is 53.

She knows that Pennsylvania could be pivotal to the outcome of the election, and that the president has repeatedly disparaged Philadelphia. She worries that the protests there in the election’s final days could discourage African Americans from voting, or that jailed protesters will be unable to cast a ballot. She, too, has never felt this anxious.

The fears that Tom Scribner holds won’t be fixed by this election, he said. Scribner, a 36-year-old Hispanic voter in Gainesville, Florida, doesn’t believe the country holds the same values it did when he enlisted in the Marine Corps at 18. He opposes defunding the police and removing the statues of Confederate generals and Founding Fathers, and he feels disrespected as a veteran by athletes who kneel during the national anthem. He worries that his two children will grow up walking on eggshells in America, for fear of saying the wrong thing.

He plans to vote for Trump. But he doesn’t believe any one president or election can alter underlying shifts in American values.

“That’s why I fear for our democracy,” Scribner said. “I feel like it may just crumble. It may not happen in the next four years. It may take 20 years for it to happen, and it’s going to be chaos for however long until it does. That saddens me deeply.”

In earlier moments of anxiety about democracy itself, reforms followed, said Gage, the historian. When Americans grew anxious about corrupt political machines and concentrated economic power in the early 20th century, what followed were civil-service laws, new political primaries, the direct election of senators and voting rights for women. Out of the 1960s, the voting age was lowered so Americans old enough to be sent to war would also be old enough to vote. And political primaries were reformed again to give voters more say in the nominees.

It’s unclear whether something similar will happen this time.

“If people have actually lost faith in the idea that you can fix things and make them better,” Gage said, “then that’s not a great political moment to be in.”