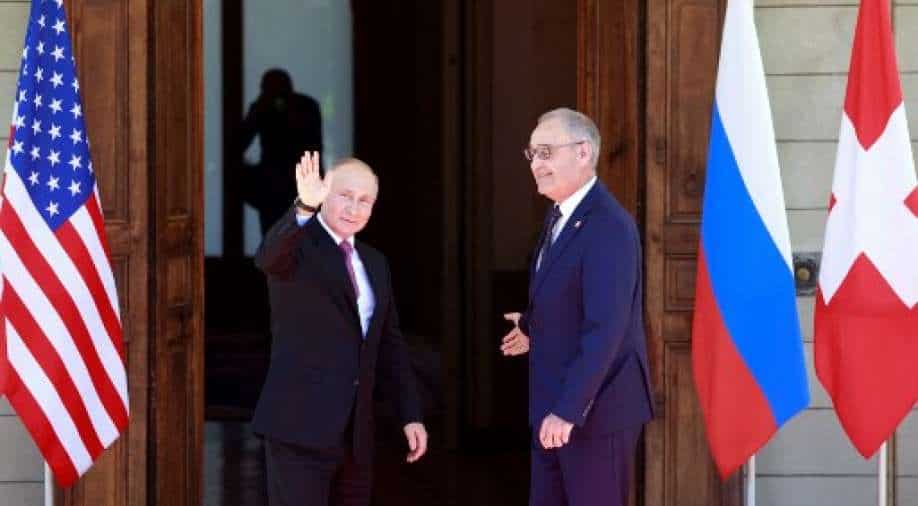 Ahead of the talks, Putin had offered to swap prisoners after Biden said US citizens detained in Russia would be on the agenda.

Russian President Vladimir Putin arrived in Geneva on Wednesday for the summit with US President Biden.

The Russian leader was joined by President Biden at the 18th-century villa amid high security as both leaders prepared to start the high profile summit amid tensions between Washington and Moscow over several issues.

The US president began the meeting with Putin saying it was "always better to meet face to face".

The two leaders are set to discuss cyberattacks, alleged Russian meddling in US elections, among other issues.

There will be no joint press conference and no meals are planned for the two leaders.

The Biden administration had imposed sanctions against Russia in April over the alleged SolarWinds cyberattack amid the announcement of the summit.

Biden is expected to raise the incarceration of Kremlin critic Alexei Navalny with Putin. The Russian opposition leader is serving a jail term in the country and his organisation has been outlawed as extremist.

Biden had said earlier that it would be a "tragedy" if Navalny were to die in prison.

Ahead of the talks, Putin had offered to swap prisoners after Biden said US citizens detained in Russia would be on the agenda.

Biden had earlier said that he had conveyed to Putin that "the days of the United States rolling over in the face of Russia's aggressive actions, interfering with our elections, cyberattacks and poisoning its citizens are over", a move which was criticised by Kremlin as "aggressive" and "unconstructive rhetoric".