Ahead of talks on Ukraine, Blinken says NATO prepared to respond to Russian aggression 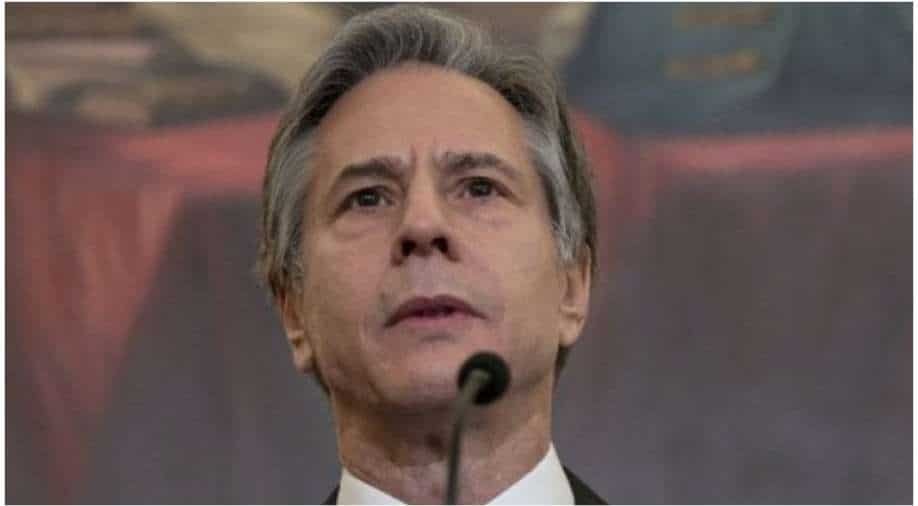 US Secretary of State Antony Blinken said that Russian had attacked Ukraine in 2014, claiming Kyiv to be the aggressor Photograph:( AFP )

Blinken alleged that for years, Russia had been working to Ukraine's democratic institutions, interfere in its politics, block energy and commerce and sow mistrust with propaganda and disinformation

US Secretary of State Antony Blinken has slammed Russia for justifying its troop build near Ukrainian borders by pushing a “false narrative” that it is being threatened by NATO.

He also said that the NATO alliance is prepared to respond forcefully to any Russian aggression.

Blinken made the comments while addressing reporters at the State Department ahead of the meet between diplomats of US and Russian in Europe next week aimed at bringing down the temperature between Russia and the West.

“It (Moscow) claims that Ukraine is threatening Russia. That Ukraine seeks to provoke a conflict. And that the Russian troop build-up and the tanks and heavy artillery are all purely defensive. That’s like the fox saying it had to attack the henhouse because its occupants somehow pose a threat,” Blinken said.

He reminded that Russian had attacked Ukraine in 2014, by blaming Kyiv to be the aggressor and said that Moscow was “simultaneously driving the false narrative that NATO is threatening Russia.”

Blinken alleged that for years, Russia had been working to Ukraine's democratic institutions, interfere in its politics, block energy and commerce and sow mistrust with propaganda and disinformation.

But he sounded optimistic by saying that a diplomatic solution was still possible to achieve a breakthrough in the current scheme of things.

“Next week we’ll reconfirm our readiness to increase transparency, institute new risk-reduction measures and renew efforts to address nuclear and conventional threats to European security,” he said, adding, “But again, it has to be a two-way street.”

There have been various reports, citing satellite images, indicating that Russia has amassed thousands of troops near the Ukrainian borders.

Russia has repeatedly maintained that it has been mobilising troops in response to the presence of NATO troops in the neighbouring Ukraine border.