After UK, Putin orders mass COVID-19 vaccination in Russia from next week 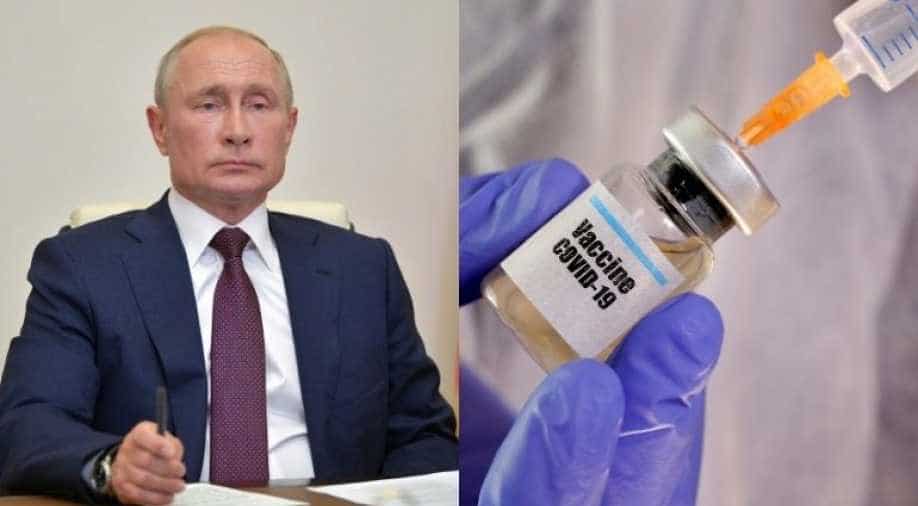 Russian authorities had said that the Sputnik V COVID-19 vaccine was 95 per cent effective, according to preliminary data.

As the UK approved the Pfizer-BioNTech's coronavirus vaccine, Russian President Vladimir Putin on Wednesday ordered "large-scale" vaccinations in the country with the Sputnik V.

Russian defence minister Sergei Shoigu had said earlier that military had started a mass coronavirus vaccination campaign aimed at vaccinating 400,000 servicemen. The defence ministry had announced that 2,500 soldiers were already been vaccinated.

"I would ask you to organise the work so that by the end of next week we will have started this large-scale vaccination," Putin said. The Russian president asserted that teachers and health workers would be the first to get the vaccine.

Russian authorities had said that the Sputnik V COVID-19 vaccine was 95 per cent effective, according to preliminary data. It was the world's first coronavirus vaccine which was unveiled by Putin in August.

The defence ministry was involved in the initial stages of developing the Sputnik V which has been named after the Soviet-era satellite.

Russia has been hit hard with the virus recording 25,487 new coronavirus infections last week taking the total number of COVID-19 cases to over 2,187,990 along with over 38,000 fatalities with Putin declaring the situation as "alarming".

The country has been hit by a second wave of the virus even as authorities have been downplaying the severity of the health crisis. Last month President Putin had announced that Russia had registered a second vaccine, EpiVacCorona.