After Uighurs, China targets religious identity of another Muslim minority 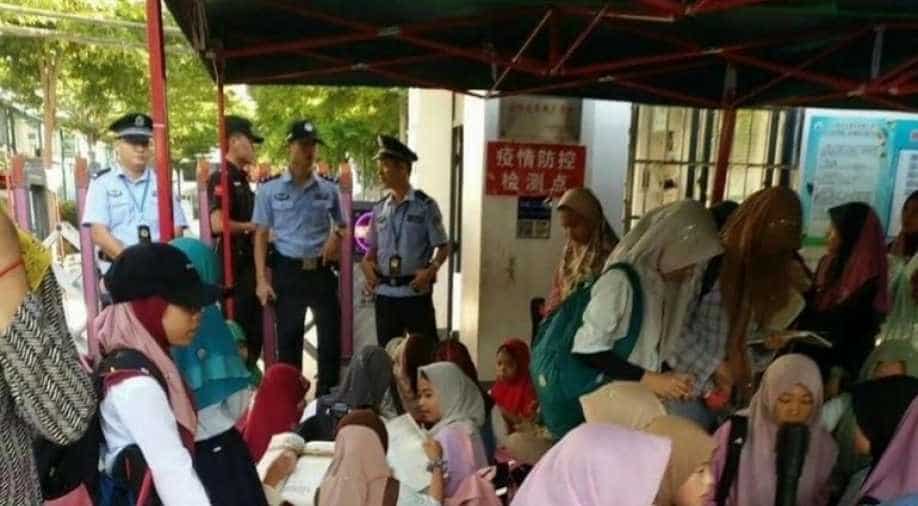 Earlier this month, hijab was banned from schools which led to protests from Utsuls

Regularly, the world hears of reports from various sources about China's atrocities on Muslim minority Uighurs, a community largely based in the region of Xinjiang.

However, a fresh report has suggested that Beijing's ill-treatment is not just limited to one Muslim community, but another group on the island province of Hainan is facing a suppression of carrying out religious activities.

A report by South China Morning Post (SCMC) said China is targeting the Utsuls, a small Muslim population-based in Sanya in Hainan, where residents are not allowed to wear traditional dresses in government offices and schools.

It said documents of the Communist Party also indicate an increase in surveillance of Muslim-dominated neighbourhoods to "resolve" issues and tighter curbs on religious and "Arabic" architecture.

Earlier this month, hijab was banned from schools which led to protests from Utsuls

Chinese social media showed how Muslim girls with headscarves were studying outside Tianya Utsul primary school and were surrounded by police officials.

"The official line is that no ethnic minority can wear traditional garments on school grounds but other ethnic minorities [in Sanya] don’t wear traditional garments in their daily life so it’s makes no difference to them but to us, the hijab is an integral part of our culture, if we take it off it’s like stripping off our clothes," said a Utsul who is involved with community work, as quoted by SCMP.