After Trump, El Salvador's President says he is taking hydroxychloroquine 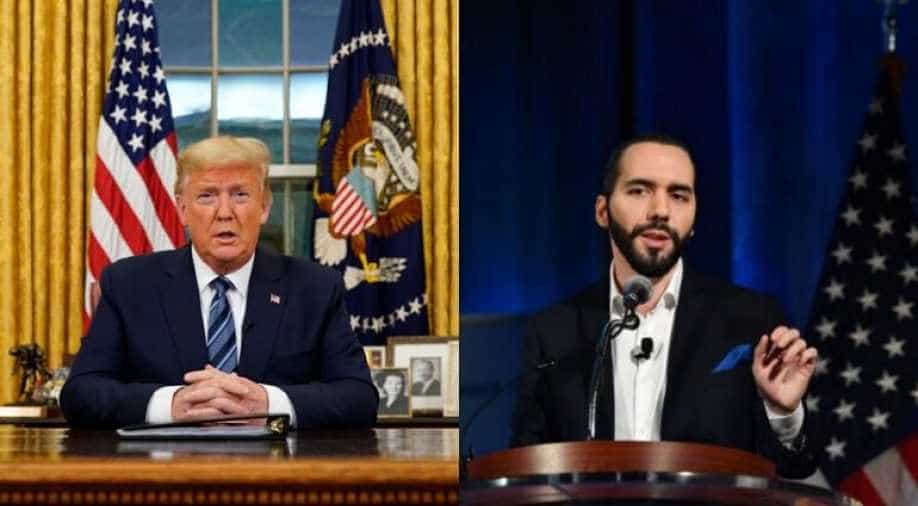 The World Health Organization had temporarily suspended the trails of the anti-malarial drug amidst reports that the drug may be fatal for people carrying COVID-19.

Salvadoran President Nayib Bukele said on Tuesday he takes hydroxychloroquine, an antimalarial drug that US President Donald trump has promoted as a way to ward off the novel coronavirus, though experts have warned about its safety.

Bukele told reporters that El Salvador was not promoting it anymore as a treatment, following the recommendation of the World Health Organization, though patients would still be able to take it as a preventative measure if they wished.

Bukele's forceful response to the coronavirus, including moving to extend a national state of emergency without congressional approval, has prompted criticism that the 38-year-old has shown authoritarian tendencies and exceeded his powers.

Speaking at an event with Bukele, the US ambassador to El Salvador, Ronald Johnson, suggested that he approved of the leader's handling of the pandemic.

"I believe that in crisis situations, oftentimes people must give up a little bit of their freedoms in order to favor the rights and freedoms of the majority and of the whole," he said.

The World Health Organization(WHO) had said on Monday that its "Executive Group has implemented a temporary pause of the hydroxychloroquine arm within the solidarity trial while the data is reviewed by the data safety monitoring board."

In a tweet, WHO chief Tedros said that, ''the Lancet had published an observational study on hydroxycholoroquine & chloraquine & its effects on COVID-19 patients that have been hospitalised."