After winning defamation case, Chris Gayle says he's willing to sell his side of story for $300,000 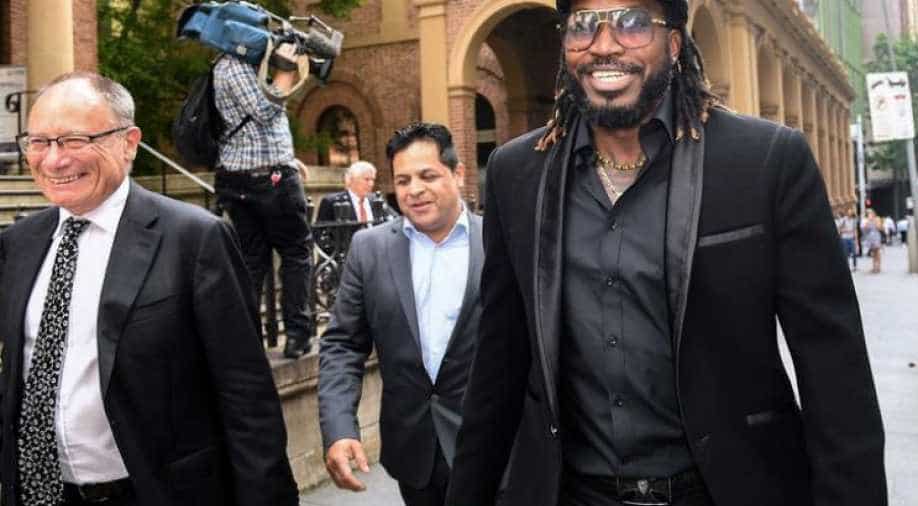 After winning his court case against Australia's Fairfax Media group, Chris Gayle has said he is willing to sell his side of the story -- for a starting price of $300,000.

The cricketer had accused the media group, publishers of the Sydney Morning Herald and The Age, of defamation after it published a series of stories alleging the cricketer had exposed himself to a massage therapist and had indecently propositioned her.

But a New South Wales Supreme Court jury had ruled in Gayle's favour last month, finding the articles were motivated by malice.

Gayle has now said he is willing to tell all in an interview.

"I have a very interested (sic) successful story to tell!! It can be an exclusive 60mins interview or y'all just have to wait on my next book!," he tweeted Friday.

I have a very interested successful story to tell!! It can be an exclusive 60mins interview or y’all just have to wait on my next book! It’s about what transpired in court and behind the scenes in Australia, how they went to bigger heads to get me ban...

How they want to use me as a scapegoat over a interview-I’ll tell you what I do every day after court, believe me, when I break this down to y’all it will be like a movie! No holding back! Biding starts at US$ 300K for this interview! So much to say & I will!

Even what transpired in the mediation couple weeks before court...they take me lightly but I never scared of the media! I was ready to fight until my last breath! Who ready for my story just let me know..you will have to visit Jamaica ???? for this interview!

Fairfax published the allegations in the wake of an uproar after Gayle attempted to flirt with an Australian presenter on live TV, AFP reported, asking her out for a drink and telling her: "Don't blush, baby."

Speaking after the trial, AFP reported Gayle as saying the case had been "very emotional".