After bruising fight, Kavanaugh set to begin life as US Supreme Court judge 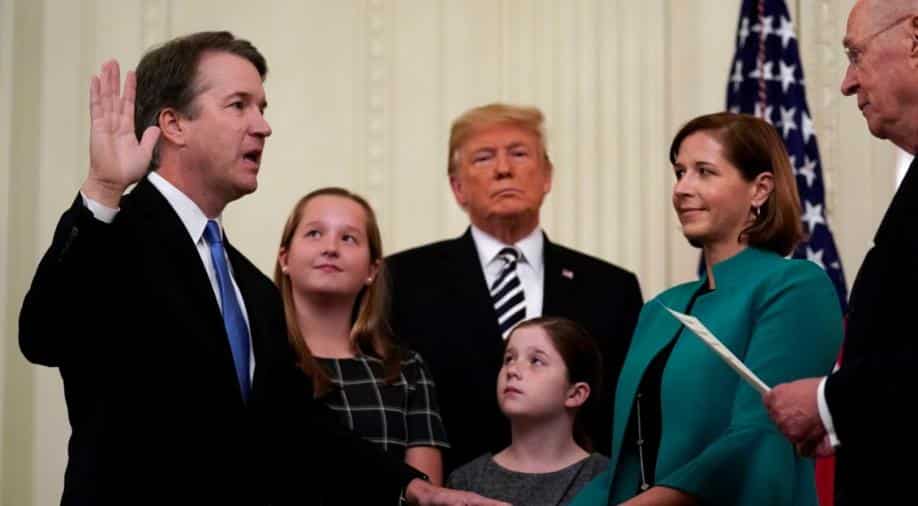 Just three days after he was narrowly confirmed to the US Supreme Court despite facing allegations of sexual assault, Brett Kavanaugh is set to take his seat on the bench on Tuesday morning, solidifying a conservative majority for years to come.

Kavanaugh, 53, will join the eight other justices to hear arguments in cases involving a federal criminal sentencing law, bringing the nine-member court back up to full strength after the retirement of Anthony Kennedy in July.

The bitterly divided US Senate voted 50-48 on Saturday to confirm Kavanaugh, with just one Democrat supporting him.

Kavanaugh's elevation to the high court had been considered safe until California university professor Christine Blasey Ford went public with explosive allegations that Kavanaugh had sexually assaulted her in 1982, while they were in high school. Two other women also accused Kavanaugh of sexual misconduct.

Kavanaugh denied the allegations and in a blistering partisan attack during a Senate hearing on September 27, accused Democrats of an "orchestrated political hit."

He wrote later in a newspaper opinion piece that he regretted some of his comments, but critics said it raised questions about whether he would treat all who come before him fairly. Hundreds of law professors and even retired Justice John Paul Stevens, a Republican appointee, said Kavanaugh's remarks should disqualify him from the job.

Other analysts said the court's reputation could suffer as it becomes perceived as a political, rather than a legal, institution.

At a White House ceremony on Monday night, Kavanaugh sought to put the confirmation battle behind him, saying he was starting his new job without bitterness.

"Although the Senate confirmation process tested me as it has tested others, it did not change me," he said.

Kavanaugh moves to the Supreme Court after spending 12 years as a judge on the influential US Court of Appeals in Washington, where he built a conservative judicial record and a reputation for being affable and well-prepared.

In the 1990s, before becoming a judge, Kavanaugh was part of special counsel Kenneth Starr's team that investigated Democratic President Bill Clinton.

The new justice is widely expected to push the court further to the right as he is replacing Kennedy, a conservative who sometimes voted with the liberal justices on key social issues, including in pivotal cases on gay rights.

Kavanaugh can be expected to cast crucial votes on a matters including abortion, gun control, immigration, and voting rights.

Kavanaugh's views on presidential powers could be tested within days in a dispute over whether Commerce Secretary Wilbur Ross should submit to questioning by lawyers suing the Trump administration over a decision to add a citizenship question to the 2020 census.

If an appeals court does not stop Ross's deposition, the administration is expected to turn to the high court.

Although his reputation was tarnished by the sexual misconduct claims, Kavanaugh said during his confirmation hearings that he had a record of promoting women in the legal profession.

All four of the law clerks Kavanaugh has hired this term are women, which is a first for a Supreme Court justice. Kavanaugh has moved into the chambers previously occupied by conservative Justice Samuel Alito, who has taken over Kennedy's chambers.

The cases challenge the types of crimes that qualify as violent felonies under the ACCA and can lead to 15-year mandatory minimum sentences for the defendant. In one case, the justices will review a Florida robbery conviction. The other two cases relate to burglary convictions in Tennessee and Arkansas.