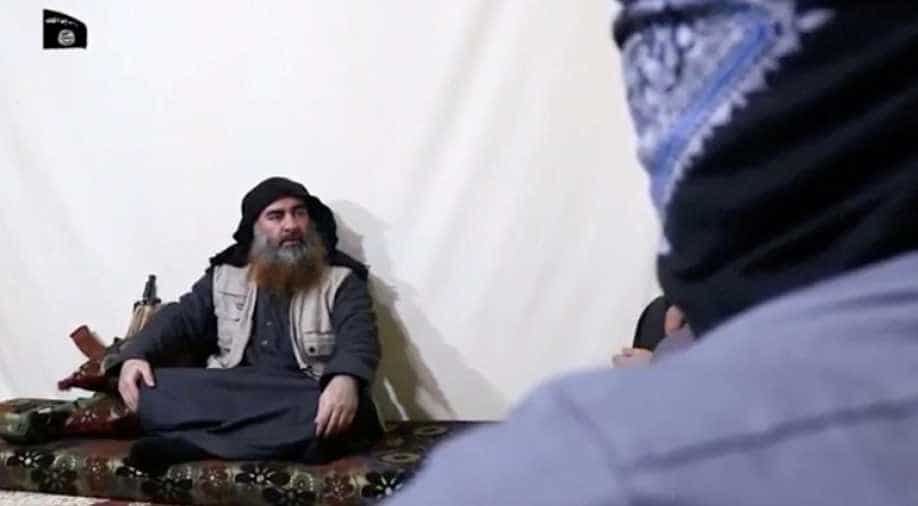 The 55-year-old said he had repeatedly tried and failed to befriend his discreet neighbour in the village of Barisha in Idlib province.

In the middle of the night amid the olive trees of northwest Syria, Abu Ahmad heard soldiers "speaking a foreign language" attack the home next door.

The 55-year-old said he had repeatedly tried and failed to befriend his discreet neighbour in the village of Barisha in Idlib province.

But now, after President Donald Trump said Sunday a US special operation killed jihadist supremo Abu Bakr al-Baghdadi in the village, Abu Ahmad was left wondering about who his neighbour was harbouring.

"We have shared nothing with this man except greetings," Abu Ahmad said of his mysterious neighbour, who claimed to be a merchant from the province of Aleppo.

Around midnight, US helicopters dropped forces in Barisha where groups linked to the Islamic State group were present, the Britain-based Syrian Observatory for Human Rights said.

The helicopters targeted a home and a car outside the village of Barisha, said the war monitor, which relies on sources inside Syria for its information.

It occurred about five kilometres (three miles) from the Turkish frontier and close to one of the main border crossings.

Abu Ahmad was a few dozen metres away, he said, when he saw an "attacking force", with gunfire ringing out as warplanes whooshed overhead.

Someone speaking in Arabic called on his neighbour -- apparently named Abu Mohammad -- to hand himself over, before the forces moved in.

The operation lasted for nearly three hours, he said.

Another resident in the area who gave his name as Abdel Hameed said he rushed to the scene of the attack after he heard helicopters, gunfire and explosions.

Strikes hit the house and a vehicle that was coincidently passing through the area at the time of the attack, he said.

There were six unidentified bodies inside the house and two others inside the vehicle, the 23-year-old said.

The body of the man known as Abu Mohammad was not left among the corpses, he was told by other residents.

"Some residents say he was taken along with another person," he told AFP.

Under a clear blue sky on Sunday morning, the targeted house was completely flattened into light grey rubble, an AFP correspondent said.

The area was cordoned off by Hayat Tahrir al-Sham (HTS), a jihadist alliance that dominates most of Idlib led by Syria's former Al-Qaeda affiliate.

Journalists were briefly allowed to film at the site.

The frame of a motorcycle lay in the rubble, its front wheel burned down to the spokes and what remained of electrical wires entangled across its length.

Covered in dust, a pink item of clothing was tangled in a branch amid the ruins.

Separated from the scene of the raid by a row of olive trees, two houses were visible nearby.

Standing outside the ruined house, Abu Ahmad said his neighbour used to leave early in the morning and return late at night.

"We used to invite him to our house but he would never come," said Abu Ahmad, who has been living in Barisha for the past two years.

He never saw any women or children at the house, he said, and never got familiar with the inhabitants.

"Even during holidays, we tried to build a relationship but it didn't work."