A teenager belonging to an isolated Amazonian tribe dies of coronavirus 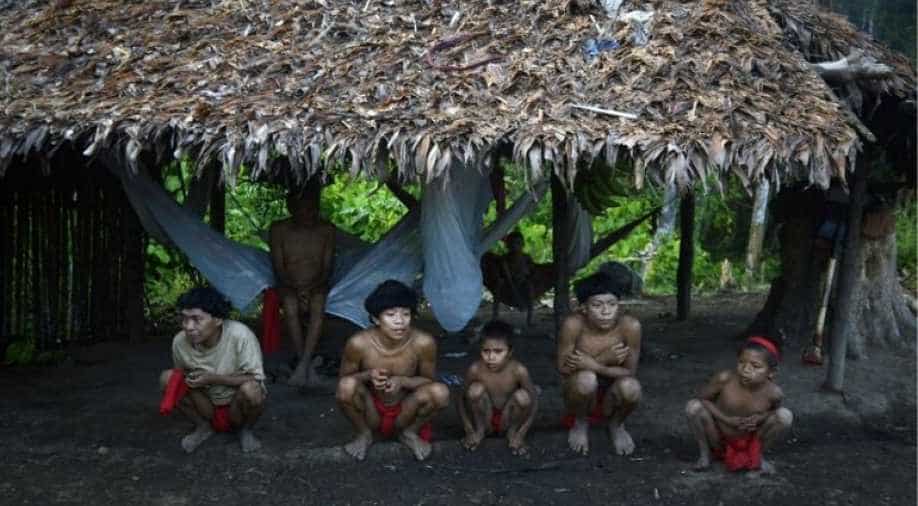 Yanomami natives in a hut at Irotatheri community, in Amazonas state, southern Venezuela, 19 km away from the border with Brazil, on September 7, 2012 Photograph:( AFP )

This is the third indigenous death related to COVID-19

Coronavirus has now reached uncharted territories: indigenous tribes in the Amazon basin are now threatened by the killer pandemic as the first death among tribes was reported yesterday.

A 15-year-boy from an isolated tribe called “Yanomami” passed away recently, as per Brazil’s Ministry of Health.

The boy was put in the intensive care unit of Roraima General Hospital in Boa Vista on April 3 after he was tested positive.

Even then, the hospital has not released the exact cause of his death yet.

His test status was revealed on Wednesday during a press conference.

"Today we had a confirmed case in the Yanomami, which concerns us a lot. This is a government concern for indigenous health”, the ministry spokesperson said.

The Amazon basin has numerous rainforests and is filled with mountains stretching from northern Brazil to souther Venezuela.

One of the most isolated tribes in South America, the Yanomami have 38,000 members.

According to the Socio-Environmental Institute, the virus was transmitted to the tribe from miners who had visited indigenous territory illegally, CNN reported.

"Today, without a doubt, the main vector for the spread of COVID-19 inside the Yanomami Indigenous Territory is the more than 20,000 illegal miners that go in and out of the territory without any control," ISA’s statement redad.

Also read: In a first, Apple and Google collaboration to trace COVID-19 carriers in the works

"The Yanomami, as many other indigenous people, are among the groups most vulnerable to the impacts of COVID-19 and should be urgently protected, under the risk of genocide with the complicity of the Brazilian State”, it added.

This is the third indigenous death related to COVID-19.