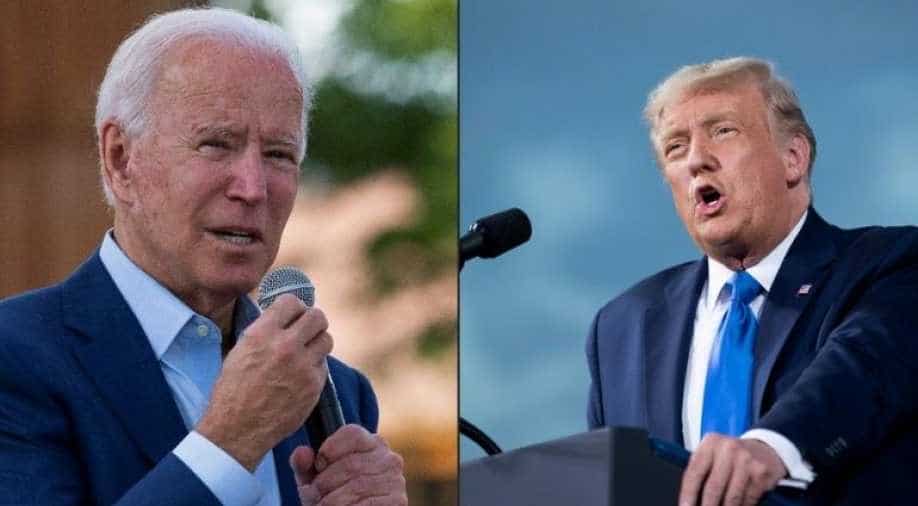 US presidential debates 2020 - The United States presidential election is inching closer every minute, and the fierce battle between incumbent Republican Donald Trump and the Democrat rival Joe Biden is picking up pace

US presidential debates 2020 - The United States presidential election is inching closer every minute, and the fierce battle between incumbent Republican Donald Trump and the Democrat rival Joe Biden is picking up pace.

Recently, Trump demanded a drug test from “sleepy Joe Biden”, claiming there is no other explanation for Biden to appear the way he does at all events. Naturally, Trump also offered to get himself tested for any drug consumption. But, it looks like none of that is on the cards.

US presidential debates: "No drug tests"

No drug tests have been conducted or will be conducted before the first debate between the two leaders kicks off on Tuesday. Additionally, no handshakes will be permitted, and the candidates will directly dive into the debate.

On Monday, Trump claimed that Biden has refused to undergo drug testing. “Joe Biden just announced that he will not agree to a drug test,” Trump had tweeted. He topped with a classic Trump remark - “Gee! I wonder why?”

A lot of the Trump campaigning has surrounded Joe Biden’s alleged drug consumption. Trump has repeatedly touted Biden as physically and mentally unfit for the presidency.  Trump’s allies have also claimed that Biden is performing well because of performance enhancing drugs.

“He’s almost - no. I have no comment,” Biden had said while referring to the viability of a drug test.

In fact, Biden’s official campaign told Politico, “If the president thinks his best case is made in urine, he can have at it.”

The debate is set to be moderated by Fox News’ Chris Wallace.

According to the Commission on Presidential Debate, six major topics will be touched upon during the first debate - COVID-19, economy, race and violence, the Supreme Court, the track records of both the candidates, and the integrity of the elections.

The debate will begin at 9 PM US Eastern Time Tuesday/6.30 AM IST Wednesday, and will last for approximately 1.5 hours.

Both the contenders will make their cases at the Case Western Reserve University and Cleveland Clinic in Cleveland, Ohio.

The 90-minute debate will have no breaks for commercials, and will have six 15-minute segments each. No opening statements will be made, with the first question going to President Trump.

Given the severity of the COVID-19 pandemic, the podiums will be placed farther apart than usual, with no hand-shaking in place. CNN reported that only 60-70 people are expected to be in the live audience.