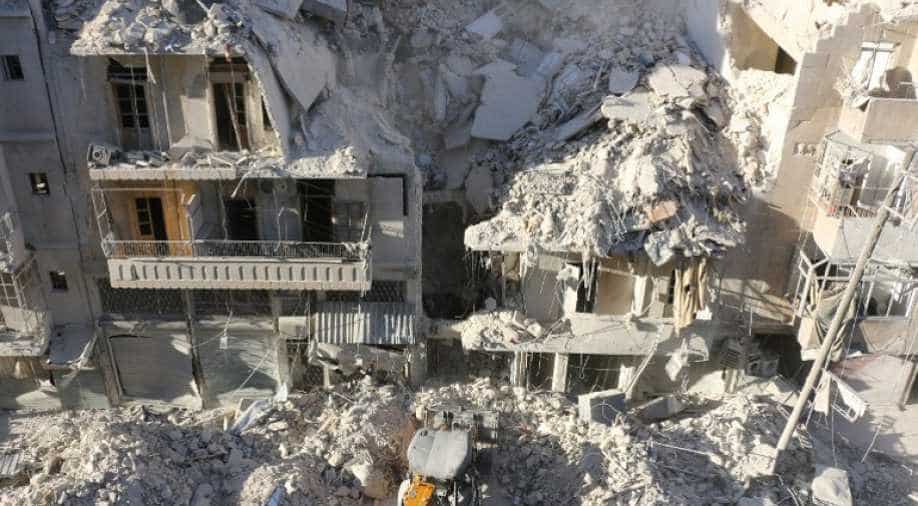 Observatory head Rami Abdel Rahman told AFP it was the bloodiest attack by Turkish forces that his monitoring group had recorded since Ankara began its intervention in Syria in late August. Photograph:( AFP )

At least 88 civilians have been killed in 24 hours of Turkish air strikes on an Islamic State group bastion in northern Syria, a monitoring group said on Friday.

A barrage of raids hit Al-Bab on Thursday, killing 72 civilians including 21 children, according to the Syrian Observatory for Human Rights.

He said it was the bloodiest attack by Turkish forces that his monitoring group had recorded since Ankara began its intervention in Syria in late August. The Observatory says it determines whose planes carry out raids according to their type, location, flight patterns and the munitions involved.

Turkish forces and their Syrian rebel allies have been seeking to capture Al-Bab, about 25 kilometres (15 miles) from the northern Syrian border, for weeks.

On Thursday, IS released a video purportedly showing two captured Turkish soldiers being burned alive, after Ankara vowed to respond to 16 of its troops being killed in the fight against the jihadist group.

Turkish troops entered Syria on August 24 in support of pro-Ankara Syrian rebels, with the aim of ousting IS jihadists as well as Kurdish militia from the border area.

Turkish forces regularly carry out air strikes in support of the ground operation in Syria, but officials insist that the utmost is done to avoid civilian casualties.