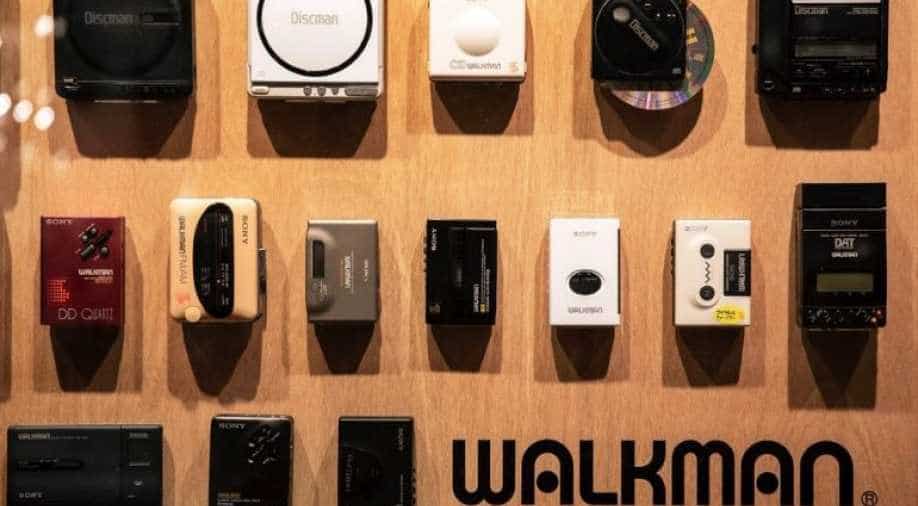 In this picture taken on July 10, 2019, various models of Sony Walkman audio players are displayed at an exhibition marking the 40th anniversary of the iconic device, in Tokyo. Photograph:( AFP )

On July 1, 1979 Sony unleashed on the world a dark-blue brick of a machine with chunky silver buttons, the Walkman TPS-L2.

It has been 40 years since the Japanese electronics giant, Sony, launched the iconic 'walkman'- the portable music playback device.

You will hardly meet a college-going youth of the 1980s who wasn't a walkman fan. The ubiquitous cassette player was a must-have gadget of the youth of those times.

With over 1000 different models out in markets across the world, the one-time icon of Japan electronics is now triggering nostalgia on its 40th birthday.

Launched in 1979 with a shiny silver exterior and chunky buttons, the walkman was truly revolutionary at that time. And it quickly became synonymous with portable cassette players and a style statement.

Now a new exhibition on a walkman in Japan is taking a closer look at the iconic cassette player, once again.

Launched at a hefty price of 33,000 yen or 300 dollars in today’s money — the stereo music playback function of walkman took over the music-loving world in japan and then the world.

Though walkman had a disappointing first month when only 3,000 units were sold, they picked up eventually to hit 1.5 million worldwide. And there was no looking back for sony after that.

Sony continued production of the cassette-tape Walkman until 2010, long after the technology had been overtaken first by the Compact Disc in the 1980s and the MiniDisc Walkman in 1992.

Like many in the industry, the Japanese firm was shaken by the emergence of Apple's iPod when suddenly a listener's entire music collection was available on the move.

But Sony has scrambled to keep up and the latest high-end versions cost well over $2,000 and look more like a smartphone with flash memory and high-res audio -- a far cry from the early generations.