39 dead in Russian plane crash at Syria base: Kremlin 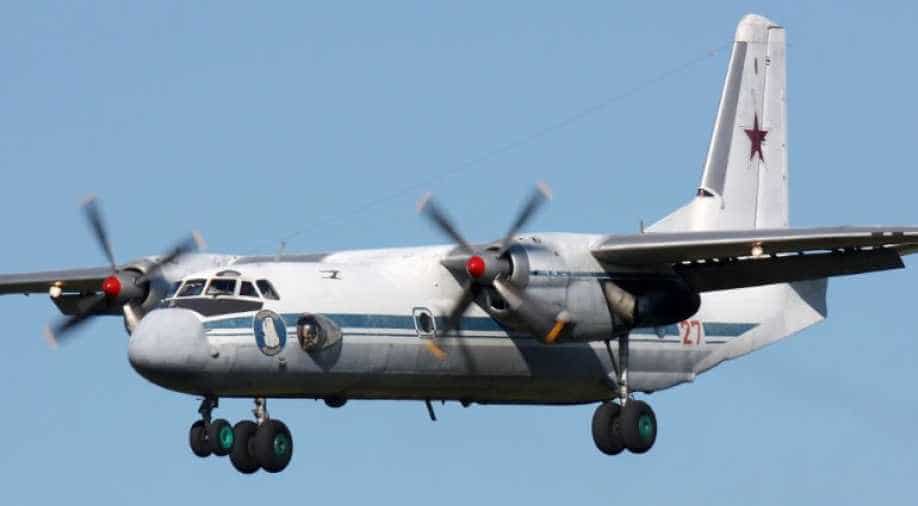 A Russian transport plane crashed on landing at an airbase in Syria Tuesday, the defence ministry said, killing all 39 people on board in one of the deadliest incidents since Moscow's intervention in the country's war.

The ministry said the 33 passengers and six crew members were all military personnel, in a statement carried by news agencies, revising up an earlier toll of 32.

"The reason for the crash according to preliminary information could have been a technical fault," the ministry said, adding that the plane had not come under fire according to a report from the ground.

The transporter was around 500 metres (yards) from the runway at the Hmeimim airbase in western Syria, according to the defence ministry.

President Vladimir Putin expressed "deep condolences to the families and loved ones of those killed in the crash and also to all of the military over the loss of their comrades".

Putin, who is on a trip in the Urals region, spoke to Defence Minister Sergei Shoigu on the phone about the accident, according to the Kremlin.

A commission will investigate the causes of the crash, the defence ministry said.

The Investigative Committee, which covers major incidents, also announced a probe into possible safety breaches, saying the plane was carrying out a planned flight.

- Red Army Choir -
The accident is the second greatest loss of life for Russia since Moscow's intervention in the war.

In December 2016, a military plane carrying the famed Red Army Choir to Syria crashed after taking off from Sochi, killing all 92 people on board.

Moscow began conducting air strikes in Syria in September 2015, and its intervention has swung the nearly seven-year conflict firmly in favour of the forces of President Bashar al-Assad.

Putin made a surprise visit to Hmeimim in December where he ordered the start of a pullout of Russian troops, saying their task in the war-torn country had been largely completed.

Three battalions of military police and officers of the Russian Centre for Reconciliation would remain in Syria, as well as two Russian bases, Shoigu said on a subsequent trip.

Antonov-26 planes are used by the military in Syria for internal flights transporting troops and supplies between provinces, Kommersant business daily reported.

The planes have also been used on press tours.

'Black boxes found'
The transport plane crashed and burst into flames near the highway that connects Damascus to Latakia on Tuesday, the pro-Kremlin daily newspaper Izvestiya reported, adding that the black box flight recorders had been found.

The most recent officially acknowledged military loss in battle in Syria was last month when a Russian pilot was killed after his plane was downed over Idlib province.

Russia has also acknowledged that five of its citizens were killed in a US-led coalition bombing in the eastern Deir Ezzor province on February 7, in the first admission of non-military Russian personnel killed in combat.

The United States said its strike killed at least 100 regime and allied fighters and various reports indicated a death toll of up to several hundred Russians from the strike.

Russian nationals are regularly reported to be serving as paid mercenaries in Syria and taking on dangerous missions that often lead to casualties.

However, officials deny this and serving as a mercenary is illegal under Russian law.

Moscow's Syrian air base Hmeimim has been targeted in several attacks.

The military said that two drones carrying explosives attacked the base in January without causing any casualties.

On New Year's Eve last year, a mortar attack on the base killed two Russian soldiers.

In the most recent accident at the base, a Sukhoi military jet crashed while trying to take off in October, killing two crew members.