3 dead due to violent 'bomb cyclone' in US, several services disrupted 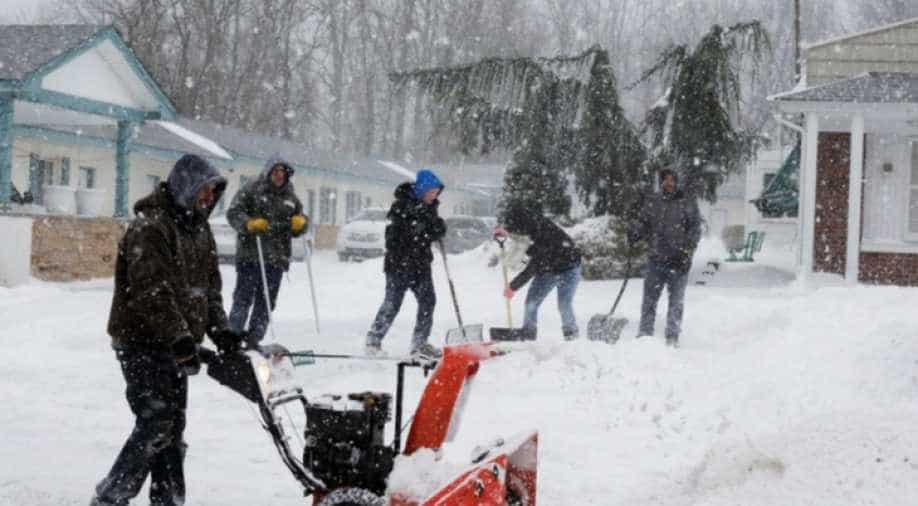 Meteorologists forecast the harsh weather will continue until Friday, with some places expecting water and power cuts. Photograph:( Reuters )

A violent winter storm dubbed as a "bomb cyclone" struck onto the US Atlantic coast on Thursday, pushing high tide to near-record levels and stranding inundated motorists on downtown Boston streets.

The worst winter storm in decades forced the cancellation of thousands of flights, closed a number of highways and prompted schools to suspend classes in New York City.

Wind gusts reached 85 kilometres per hour in some areas and temperatures plummeted since the storm made landfall, according to local weather services.

The country's National Weather Service warned of wind gusts hitting almost 113 kilometres per hour in some places, with nearly 60 million people in the path of the storm.

Blizzard warnings and states of emergency were in wide effect.

The massive storm has also lead to frozen pipes around the area and disrupted services at refineries.

Prices for heating oil and natural gas in the US Northeast hit their highest levels in years on the back of near-record heating demand.

Meteorologists forecast the harsh weather will continue until Friday, with some places expecting water and power cuts.