2016 was the hottest year since record-keeping began 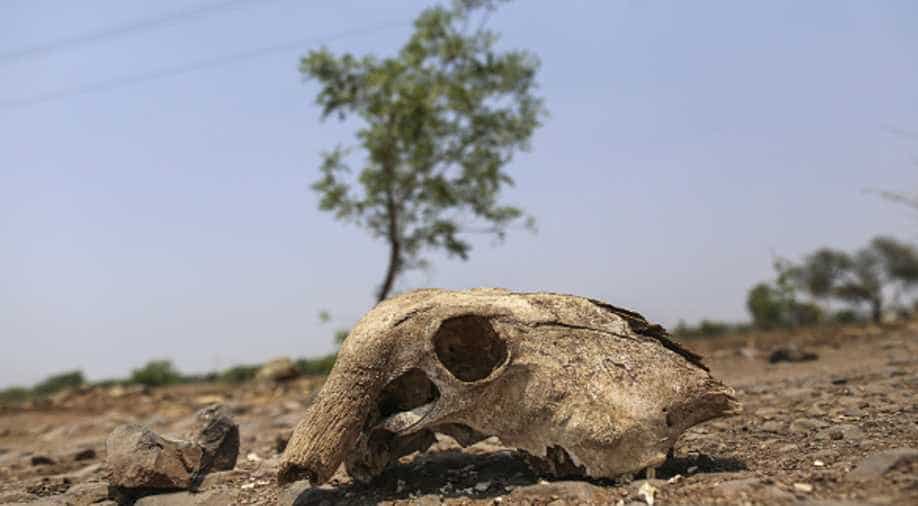 A cow's skull sits in a field in India on April 16, 2016. Hundreds of millions of people in India grappled with one of the nation's worst droughts following intense heat. Photograph:( Getty )

Last year, the Earth sweltered under the hottest temperatures in modern times for the third year in a row, US scientists said Wednesday, raising new concerns about the quickening pace of climate change.

Temperatures spiked to new national highs in parts of India, Kuwait and Iran, while sea ice melted faster than ever in the fragile Arctic, said the report by the National Oceanic and Atmospheric Administration.

Taking a global average of the land and sea surface temperatures for the entire year, NOAA found the data for "2016 was the highest since record keeping began in 1880," said the announcement.

A separate analysis by the US space agency NASA also found that 2016 was the hottest on record.

The World Meteorological Organization in Geneva, Switzerland confirmed the US findings, and noted that atmospheric concentrations of both carbon dioxide and methane reached record levels.

"2016 was an extreme year for the global climate and stands out as the hottest year on record," said Petteri Taalas, the agency's secretary general.

Each of the first eight months of the year "had record high temperatures for their respective months," NOAA said.

The main reason for the rise is the burning of fossil fuels like oil and gas, which send carbon dioxide, methane and other pollutants known as greenhouse gasses into the atmosphere and warm the planet.

The mounting toll of industrialization on the Earth's natural balance is increasingly apparent in the record books.

Another factor has been the Pacific Ocean warming trend of El Nino, which experts say exacerbates the planet's already rising warmth.

El Nino comes and goes. The latest episode became particularly strong in 2015, and subsided about halfway through 2016.

But El Nino was responsible for just a small fraction of last year's warmth, according to Peter Stott, acting director of Britain's Met Office Hadley Center.

"The main contributor to warming over the last 150 years is human influence on climate from increasing greenhouse gases in the atmosphere," he said.

Piers Forster, director of the Priestley International Center for Climate at the University of Leeds, agreed.

"Even if you remove the extra warming due to El Nino, 2016 was the warmest year ever recorded," Forster said.

"2017 will likely be cooler. However, unless we have a major volcanic eruption, I expect the record to be broken again within a few years."

Scenes from a warming world

All of North America was the warmest since records began in 1910, breaking that region's last record set in 1998.

Europe and Asia each saw their third hottest years on record, while Australia marked its fourth warmest year since records began more than a century ago.

Unusual spikes in temperature were seen in Phalodi, India, which reached 124 F (51 C) on May 19 -- marking India's hottest temperature ever.

Meanwhile, Mitribah, Kuwait hit an all-time high of 129 F (54 C) on July 21, which may be the highest temperature ever recorded in all of Asia, NOAA said.

"In the Antarctic, annual Antarctic sea ice extent was the second smallest on record, behind 1986, at 4.31 million square miles," it said.

"Both the November and December 2016 extents were record small."

Unusually hot years wreak havoc on the planet by increasing heavy rainfall in some parts of the world while leading to drought in others, damaging crops.

Fish and birds must migrate farther than ever to find suitable temperatures.

Glaciers and polar ice caps melt, leading to sea level rise that will eventually swallow many of the globe's coastal communities, home to some one billion people.

Experts say the only solution is to reduce our dependence on fossil fuels, in favor of Earth-friendly renewable energy such as wind and solar.

"Climate change is one of the great challenges of the twenty first century and shows no signs of slowing down," said Mark Maslin, professor of climatology at University College London.

"The decarbonization of the global economy is the ultimate goal to prevent the worst effects of climate change."