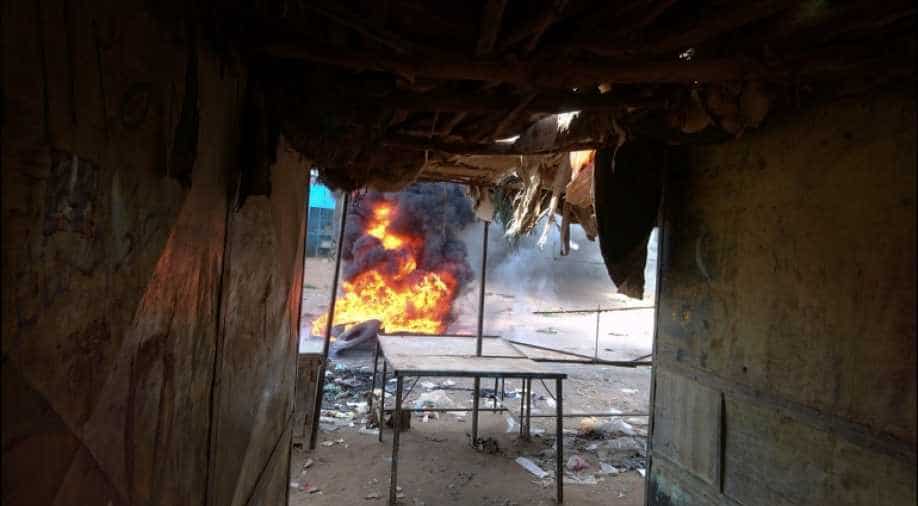 Sudanese authorities had previously said that eight people have been killed in clashes, while Amnesty International has put the death toll at 37.

Sudanese journalists went on strike Thursday in the wake of deadly protests against a rise in bread prices that the government says have left 19 people dead, including two members of the security forces.

"Nineteen people lost their lives in the incidents including two from security forces" since the protests began on December 19, government spokesman Boshara Juma said on state television on Thursday.

Most were killed during "incidents of lootings", while 219 people were wounded, he said. Nobody has been killed in the capital Khartoum, Juma said.

Sudanese authorities had previously said that eight people have been killed in clashes, while Amnesty International has put the death toll at 37.

The Sudanese Journalists' Network said on Thursday it was striking in solidarity with protesters, who have taken to the streets in Khartoum and a host of other cities.

"We declare a three-day strike from December 27 to protest against the violence unleashed by the government against demonstrators," the network said.

Members held a sit-in outside the office of independent newspaper Al-Tayar and security agents took away eight of the journalists to an undisclosed location, the paper's editor Osman Mirghani told AFP.

A journalist among those reportedly detained said he and the others were quickly released.

Journalists said they were also protesting against regular confiscation of newspapers by security agents and beatings and arrests of media workers covering demonstrations.

Press personnel in Sudan frequently complain of harassment by the authorities and entire print runs of newspapers are often confiscated over articles deemed offensive by the powerful National Intelligence and Security Service.

"Egypt is confident that Sudan will overcome the present situation," Shoukry told reporters after he met Bashir at the presidential palace in Khartoum.

"Egypt is always ready to support Sudan and the ability of Sudanese people as per the government of Sudan's vision and policies," Shoukry said in what were the first remarks by a top regional Arab official in support of Bashir's government since protests began.

Cairo and Khartoum have recently sought to iron out their differences in a bid to improve relations roiled by a longstanding border dispute and an impasse in talks over Ethiopia's Nile dam.

But activists and opposition groups in Sudan have called on people to take to the streets again over the next few days.

"We urge the Sudanese people to continue their demonstrations until success is achieved by overthrowing the regime," the Sudanese Communist Party said in a statement.

Several members of this party have been arrested by security agents since the protests started.

The resignation by the province's health minister Abdarouf Grnas -- from the Umma Reform and Renewal Party -- is the first by a notable official since the deadly protests erupted.

"We have one minister in North State and we decided to withdraw him because of the violence against protesters," party head Mubarak El Fadiel told AFP.

The Umma Reform and Renewal Party is a political faction that broke away from the country's main opposition National Umma Party led by Sadiq al-Mahdi, a former premier who was toppled by Bashir in a 1989 coup.

Police and security officers remained deployed in several parts of the Sudanese capital on Thursday but no new demonstrations have been held so far.

Protests initially started in towns and villages over a week ago and spread to Khartoum, as people rallied against the government raising the price of a loaf of bread from one Sudanese pound to three (from about two to six US cents).

Demonstrators have been marching against Sudan's dire economic situation and some have called for the president to resign.

After the protests erupted Bashir vowed to make "real reforms" to tackle the country's financial difficulties.

Sudan is facing an acute foreign exchange crisis and soaring inflation, despite Washington lifting an economic embargo in October 2017.

Inflation is running at 70 per cent and the Sudanese pound has plunged in value, while shortages of bread and fuel have regularly hit several cities.