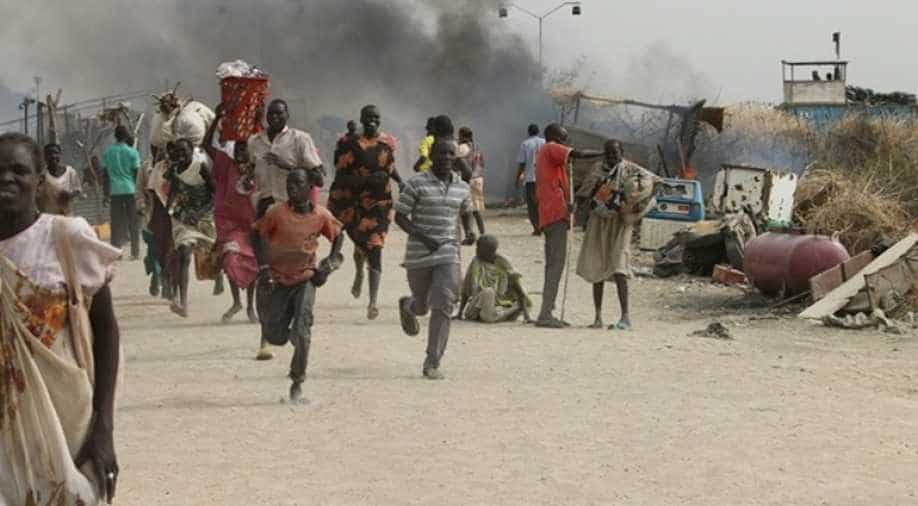 At least 16 people, mostly women and children, were killed in clashes between youths and cattle herders in central Nigeria, police said Tuesday.

Monday's violence in the village of Omutu, in the Okpokwu area of Benue state, is the latest flare-up linked to tensions over land and grazing rights in the restive region.

State police spokesman Moses Yamu said in a statement that a meeting had been called to calm anger after a herdsman was killed on Monday and another went missing.

"Unfortunately as the search and peace meeting were going on some herdsmen surreptitiously went on (a) rampage, resulting in the macheting to death of 15 persons, mainly women and children," he said.

Yamu said some houses were set on fire during the violence and four people were arrested.

"An extensive patrol of the community is ongoing, which will be reinforced with the (military) special forces," he added.

The chairman of the Okpokwu local government area, Francis Ejembi, described the violence as "heart-rending", and said the death toll could increase.

"We are moving corpses and the injured from the village to the hospital and so far we have moved about 10 corpses and several injured persons to Saint Mary's Hospital, Okpoga, the local government headquarters," he said.

"We are still searching for more corpses and the injured and it is very possible that we may recover more dead bodies and injured persons because the village has been sacked and many are still missing."

Central Nigeria has become the scene of almost daily clashes between settled farmers and the largely nomadic herders in a battle for land and resources.

Religion adds an extra dimension to the clashes, as farmers such as the ethnic Tiv people of Benue are Christian, while the herders are mainly ethnic Fulani Muslims.

Benue has been a flashpoint in recent months after resistance to a new law banning open grazing for cattle.

In January, 73 people from Tiv farming communities were buried at a mass funeral after a series of attacks blamed on Fulani herders.

More than 100 people have been killed since early January, with 100,000 fleeing their homes to safety, according to the local emergency management agency.

After months of pressure on President Muhammadu Buhari to act, the Nigerian army announced the deployment of troops to several states, including Benue, to end the violence.

Buhari, a northern Muslim, was this week also visiting Benue and four other troubled states.