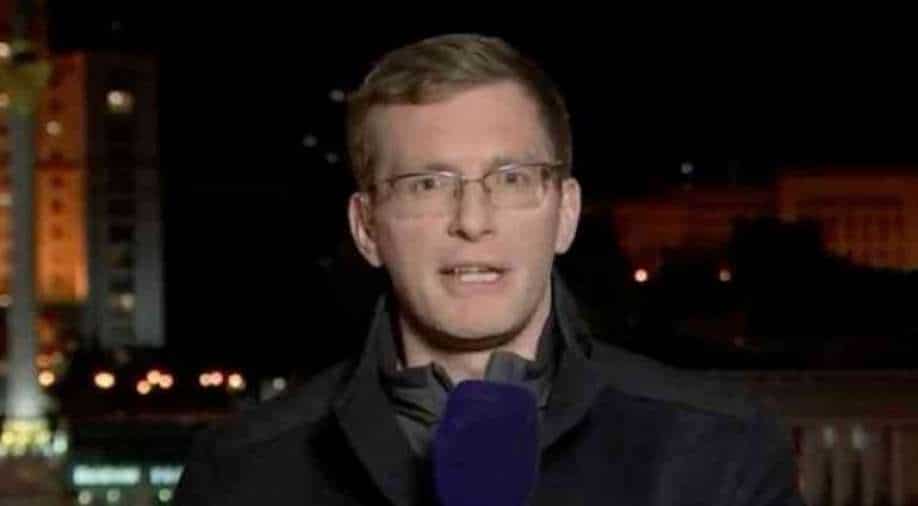 In this screenshot, Philip Crowther can be seen reporting from Kyiv, Ukraine Photograph:( Twitter )

The international affiliate correspondent for the Associated Press can be heard speaking English, Luxembourgish, Spanish, Portuguese, French, and German

A video of journalist Philip Crowther reporting about the Ukraine crisis flawlessly in six languages is going viral.

“There has been a war with Russian forces in east Donbas region for eight years now. But despite that the capital city of Kyiv is relatively calm,” Crowther is heard reporting in English.

Other than this, the international affiliate correspondent for the Associated Press can be heard speaking Luxembourgish, Spanish, Portuguese, French, and German.

The video has amassed more than 7.1 million views and has been shared over 43,000 times on Twitter.

Leave some languages for the rest of us.

Really impressive, Philip. I wonder, have you come across your comedian alter-ego, @YGVassilakis? One of his specialities is dubbing lines from famous shows in numerous languages. Together, you must have all of Europe covered... 😂👏https://t.co/iQW8s3WKYW

The United States has accused Putin of massing more than 150,000 troops near Ukraine's borders in preparation for what it fears could be a full-scale invasion.

Russia has repeatedly denied plans for such an attack but says it has a duty to protect people living in Donetsk and Lugansk in eastern Ukraine. It has backed breakaway regions as independent entities.

"Our country is always open to a direct and honest dialogue and ready to search for diplomatic solutions to the most complicated issues," said President Vladimir Putin.

"But I want to repeat that Russia's interests and the security of our people are unconditional. So, we will continue to strengthen and modernise our army and navy."

Speaking at the White House, US President Joe said the Kremlin had flagrantly violated international law in what he called the “beginning of a Russian invasion of Ukraine.” He warned of more sanctions if Putin went further.