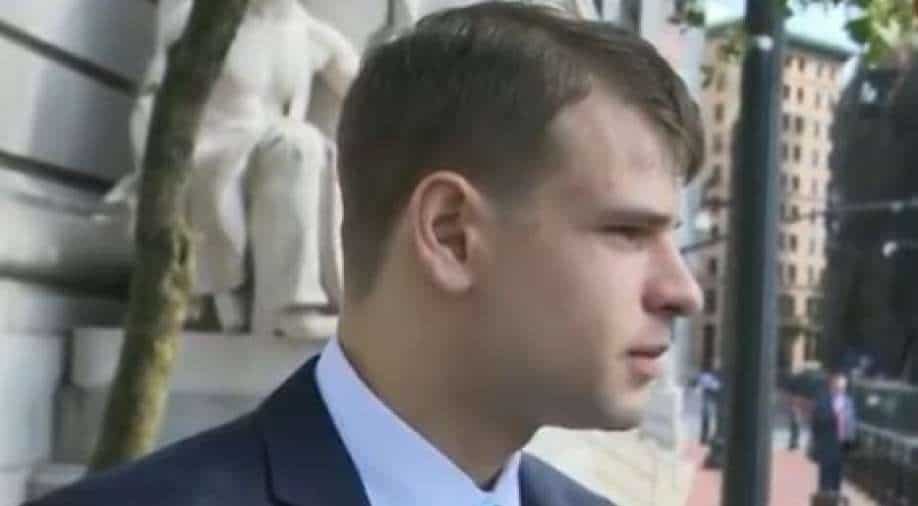 Nathan Carman has been accused of killing his mother and grandfather Photograph:( Twitter )

Carman's grandfather had reportedly put $550,000 into his account with reports indicating he wanted his mother to designate him as a beneficiary of her inheritance.

In a bizarre case, a man in the US has been accussed of killing his grandfather to garner trust fund money and then killing his own mother at sea to rob inheritance money worth millions.

US authorities have charged the 28-year-old Nathan Carman with murder and fraud. Carmen had reportedly taken his mother on a fishing trip and she was then reported missing as reports claimed it sank off Rhode Island in 2016.

Also Read: Romance or kidnap? Did a female US cop help escape of, or disappear with, a murder suspect?

US prosecutor alleged Carman lied to Coast Guard officials about his mother's disappearance. He is reported to have shot his grandfather John Chakalos, 87, in 2013 while he was asleep.

US authorities claimed Carman had acquired a rifle from his New Hampshire driver's licence.

The US attorney in Vermont said Carmen's motive was to "obtain money and property from the estate of John Chakalos and related family trusts". Carman had denied he was responsible for his mother's disappearance and for his grandfather's killing.

Carman's grandfather had reportedly put $550,000 into his account with reports indicating he wanted his mother to designate him as a beneficiary of her inheritance.

“As a central part of the scheme, Nathan Carman murdered John Chakalos and Linda Carman,” the US  indictment said, adding that, "Nathan Carman planned to kill his mother on the trip.”