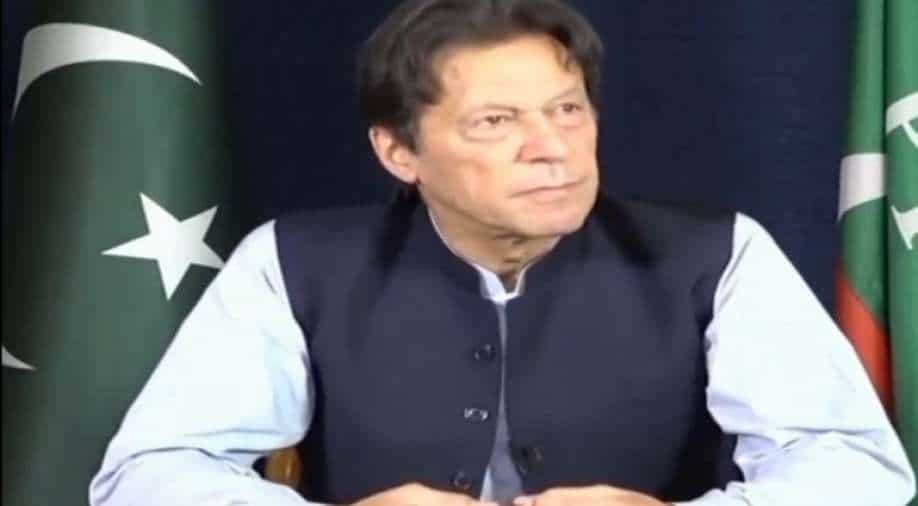 In the video, the Pakistan Tehreek-e-Insaf (PTI) leader talks about lights, set-up, looks and how they are used to make an impact.  Photograph:( Twitter )

Former Pakistan PM Imran Khan has done it again, he has gone viral on Twitter.

This time, a  video of Khan discussing lighting with his camera crew is making the rounds.

In the video, the PTI leader talks about lights, set-up, looks and how they are used to make an impact.

You can watch the video here:

In the video, the former PM can be seen preparing for a speech and as the crew prepares to film, Khan talks about a recent interview with Shaan Shahid of HUM News. Criticising the interview's lighting he urges the technician to make the output look "professional" adding that Shaan's lighting reminded him of a "waiting bus room".

The video has been shared by Pakistan based journalists and people are all for the light-hearted banter by the cricketer turned politician.

Even as people troll Imran Khan, his remark "lighting is everything" is being quoted quite a lot.

Here are some of the most hilarious tweets:

IK: Lighting is everything.
Me whose whole life is in dark mode. 🙂

All houses are dark until mother turns on the light.
Because lighting is everything.
~ Khalil Khan

"Lighting is everything"
The whole science of interior design in one line.

Khan Sb, Lighting is not everything, performance is everything and you had zero. #ImranKhanActing pic.twitter.com/IwLEmsIqo4

As Imran Khan said, "lighting is everything", I absolutely support. Lighting be giving me glowing skin in pictures

Khan was removed as Prime Minister on April 10 following a no-confidence vote in the National Assembly, making him the first Pakistani Prime Minister to be removed from office.

He was replaced with Shehbaz Sharif.

Since then, Khan has claimed that his removal was part of a US-led plot to punish him for visiting Russia while Vladimir Putin was fighting a war in Ukraine. The Pakistani Army, however, has denied the charges.