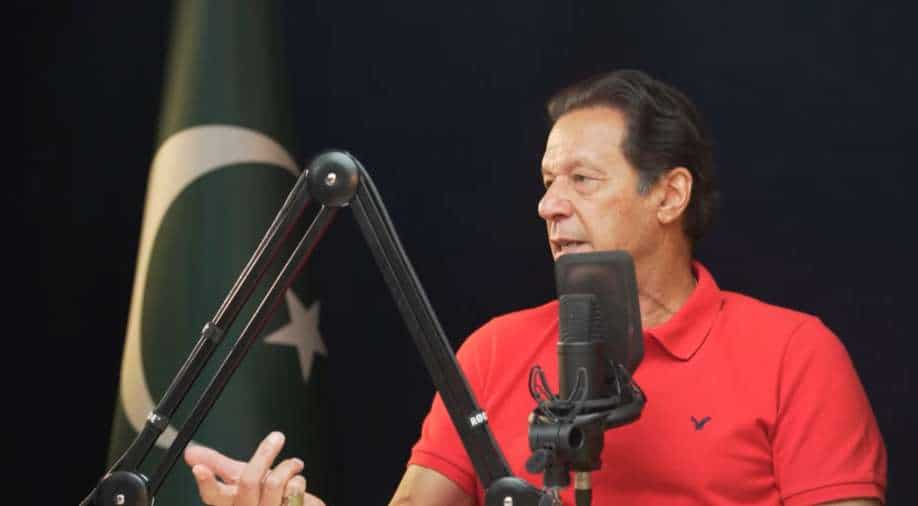 In more than one-hour clip, a particular phrase caught the attention of the internet, and it instantly became viral

Among the long list of gaffes and inexplicable references, Pakistan’s former prime minister Imran Khan has added another in his repertoire when he appeared to describe his life in the UK during a recent podcast session.

In more than one-hour clip, a particular phrase caught the attention of the internet, and it instantly became viral.

In the viral video, the ousted PM was heard as saying, “I was part of the British society and was also wholeheartedly welcomed there. But I never considered it my home. I was always a Pakistani first. A donkey doesn't turn into a zebra just because you paint stripes on it. A donkey remains a donkey.

The cricketer-turned-politician was called for a podcast by Pakistan-based content creator Junaid Akram.

The full video has been uploaded on Khan’s official YouTue Channel.

On April 10, Khan was ousted as the prime minister through a no-confidence vote moved by the opposition in the National Assembly, thus becoming the first Pakistani PM to be booted out of the office. The vote was held past midnight that witnessed many twists and turns.

The opposition parties conjured up a coalition together and named Shehbaz Sharif as the new prime minister of Pakistan.

Since then, Khan had been alleging that his ouster was part of a conspiracy by the US which was not pleased with his visit to Russia when Vladimir Putin was waging a war against Ukraine.

Also read | This old video of Indian PM Modi is being widely re-shared now by many in Pakistan. Why?

But the allegations were dismissed by the Pakistani Army, denying any US hand.