A cute 'Crismis' story: This 8-year-old hides self-made book on library shelf. It's a hit now 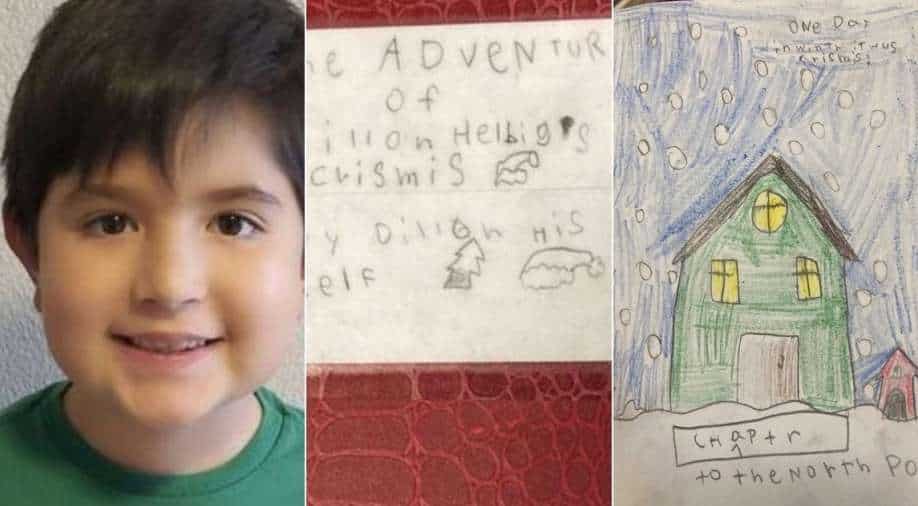 In the book, Dillon tells a fictional story of Christmas. Photograph:( Twitter )

Dillon snuck his Christmas tale in the local library and put it on the bookshelf. No one noticed it but when the librarians found it there, they chose to not take it off the shelf

A cute story of an eight-year-old boy has gone viral. Dillon Helbig, a second-grader hailing from Idaho in the United States got his storybook self-published.

It doesn't end here. The background story is really sweet and quite inspiring to millions of kids who dream of getting their books, comics and paintings published.

The book named "The Adventures of Dillon Helbig's Crismis" written and compiled by Dillon was discovered by the librarians. But the question is: who put it there?

Dillon snuck the book in the local library and put it on the bookshelf. No one noticed it but when the librarians found it there, they chose to not take it off the shelf. They made it an official library book.

"I always be sneaky, like how I get chocolate," Dillon told the KTVB television station.

He added, "There was a lot of librarians that I had to sneak past so do you know what I did? I covered up this part and covered the back with my body and just snuck it in and then started to walk, and then I came in this aisle – no, wait, this aisle – and then I put my book right here. Wait, right here."

Dillon just wanted people to read his book. However, his clever marketing idea is appreciable as in the Idaho town of Boise, Helbig's storybook has now become a hit. It became so popular that several curious readers are waitlisted.

In the book (or novel), Dillon tells a fictional story of Christmas tree decoration, which exploded, transporting him to the year 1621 when the Thanksgiving holiday was first celebrated in the US.