Google wants to work with the Pentagon again, despite employee concerns 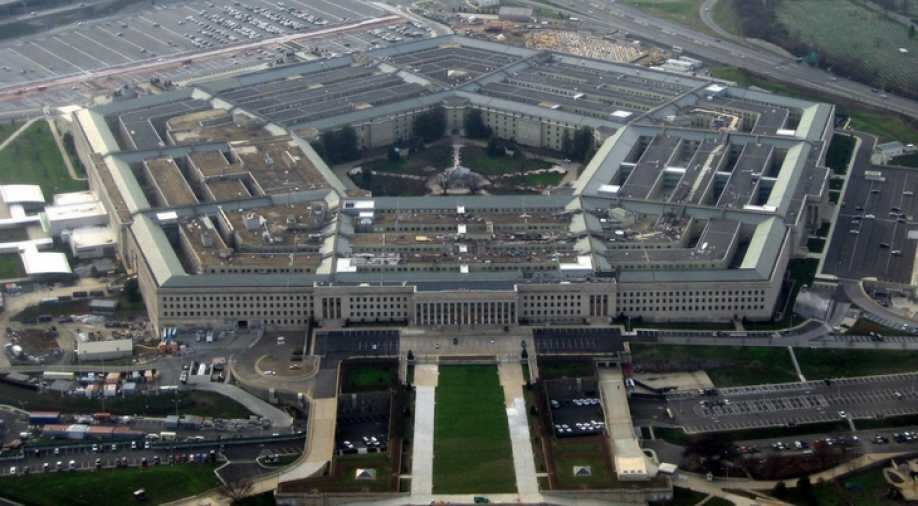 File Photo of The Pentagon, headquarters of the United States Department of Defense. Photograph:( Others )

The company’s plan to land the potentially lucrative contract, known as the Joint Warfighting Cloud Capability, could raise a furor among its outspoken workforce and test the resolve of management to resist employee demands

Three years after an employee revolt forced Google to abandon work on a Pentagon program that used artificial intelligence, the company is aggressively pursuing a major contract to provide its technology to the military.

The company’s plan to land the potentially lucrative contract, known as the Joint Warfighting Cloud Capability, could raise a furor among its outspoken workforce and test the resolve of management to resist employee demands.

In 2018, thousands of Google employees signed a letter protesting the company’s involvement in Project Maven, a military program that uses artificial intelligence to interpret video images and could be used to refine the targeting of drone strikes. Google management caved and agreed to not renew the contract once it expired.

The outcry led Google to create guidelines for the ethical use of artificial intelligence, which prohibit the use of its technology for weapons or surveillance, and hastened a shake-up of its cloud computing business. Now, as Google positions cloud computing as a key part of its future, the bid for the new Pentagon contract could test the boundaries of those AI principles, which have set it apart from other tech giants that routinely seek military and intelligence work.

The military’s initiative, which aims to modernize the Pentagon’s cloud technology and support the use of artificial intelligence to gain an advantage on the battlefield, is a replacement for a contract with Microsoft that was canceled this summer amid a lengthy legal battle with Amazon. Google did not compete against Microsoft for that contract after the uproar over Project Maven.

The Pentagon’s restart of its cloud computing project has given Google a chance to jump back into the bidding, and the company has raced to prepare a proposal to present to Defense officials, according to four people familiar with the matter who were not authorized to speak publicly. In September, Google’s cloud unit made it a priority, declaring an emergency “Code Yellow,” an internal designation of importance that allowed the company to pull engineers off other assignments and focus them on the military project, two of those people said.

On Tuesday, the Google cloud unit’s chief executive, Thomas Kurian, met with Gen. Charles Q. Brown, Jr., the chief of staff of the Air Force, and other top Pentagon officials to make the case for his company, two people said.

Google, in a written statement, said it is “firmly committed to serving our public sector customers,” including the Defense Department, and that it “will evaluate any future bid opportunities accordingly.”

The contract replaces the now-scrapped Joint Enterprise Defense Infrastructure, or JEDI, the Pentagon cloud computing contract that was estimated to be worth $10 billion over 10 years. The exact size of the new contract is unknown, although it is half the duration and will be awarded to more than one company, not to a single provider like JEDI.

It is unclear whether the work, which would provide the Defense Department access to Google’s cloud products, would violate Google’s AI principles, although the Defense Department has said the technology is expected to support the military in combat. But Pentagon rules about outside access to sensitive or classified data could prevent Google from seeing exactly how its technology is being used.

The Defense Department said it would seek proposals from a limited set of companies that could meet its requirements. “As this is an active acquisition, we cannot provide any additional information related to this effort,” said Russell Goemaere, a spokesperson for the department.

After a late start in selling its cloud computing technology to other organizations, Google has struggled to close the gap with Amazon and Microsoft, which have the two biggest cloud computing businesses. To bring in more big customers, Google hired Kurian, a longtime executive at the software company Oracle, to take over the business in 2018. He has beefed up the size of Google’s sales staff and pushed the company to compete aggressively for new contracts, including military deals.

But Google employees have continued to resist some work pursued by the cloud unit. In 2019, they protested the use of artificial intelligence tools for the oil and gas industry. A year later, the company said it would not build custom AI software for the extraction of fossil fuels.

Google started working on Project Maven in 2017 and prepared to bid for JEDI. Many Google employees believed Project Maven represented a potentially lethal use of artificial intelligence, and more than 4,000 workers signed a letter demanding that Google withdraw from the project.

Soon after, Google announced a set of ethical principles that would govern its use of artificial intelligence. Google would not allow its AI to be used for weapons or surveillance, said Sundar Pichai, its chief executive, but would continue to accept military contracts for cybersecurity and search and rescue.

Several months later, Google said it would not bid on the JEDI contract, although it was unlikely that the company had a shot at landing the deal; the Maven experience had soured the relationship between Google and the military, and Google lacked some of the security certifications needed to handle classified data.

Google’s cloud business recently has done other work with the military. Since last year, Google has signed contracts with the U.S. Air Force for using cloud computing for aircraft maintenance and pilot training, as well as a U.S. Navy contract for using artificial intelligence to detect and predict the maintenance needs of facilities and vessels.

Some Google workers believed the new contract would not violate the principles, a person familiar with the decision said, because the contract would enable generic uses of its cloud technology and artificial intelligence. The principles specifically state Google will not pursue AI that can be applied in “weapons or those that direct injury.”

Lucy Suchman, a professor of anthropology of science and technology at Lancaster University whose research focuses on the use of technology in war, said that with so much money at stake, it is no surprise Google might waver on its commitment.

“It demonstrates the fragility of Google’s commitment to staying outside the major merger that’s happening between the DOD and Silicon Valley,” Suchman said.

Google’s efforts come as its employees are already pushing the company to cancel a cloud computing contract with the Israeli military, called Project Nimbus, that provides Google’s services to government entities throughout Israel. In an open letter published last month by The Guardian, Google employees called on their employer to cancel the contract.

The Defense Department’s effort to transition to cloud technology has been mired in legal battles. The military operates on outdated computer systems and has spent billions of dollars on modernization. It turned to U.S. internet giants in the hope that the companies could quickly and securely move the Defense Department to the cloud.

In 2019, the Defense Department awarded the JEDI contract to Microsoft. Amazon sued to block the contract, claiming that Microsoft did not have the technical capabilities to fulfill the military’s needs and that former President Donald Trump had improperly influenced the decision because of animosity toward Jeff Bezos, Amazon’s executive chair and the owner of The Washington Post.

In July, the Defense Department announced that it could no longer wait for the legal fight with Amazon to resolve. It scrapped the JEDI contract and said it would be replaced with the Joint Warfighting Cloud Capability.

The Pentagon also noted that Amazon and Microsoft were the only companies that likely had the technology to meet its needs but said it would conduct market research before ruling out other competitors. The Defense Department said it planned to reach out to Google, Oracle and IBM.

But Google executives believe they have the capability to compete for the new contract, and the company expects the Defense Department to tell it whether it will qualify to make a bid in the coming weeks, two people familiar with the matter said.

The Defense Department has previously said it hopes to award a contract by April.