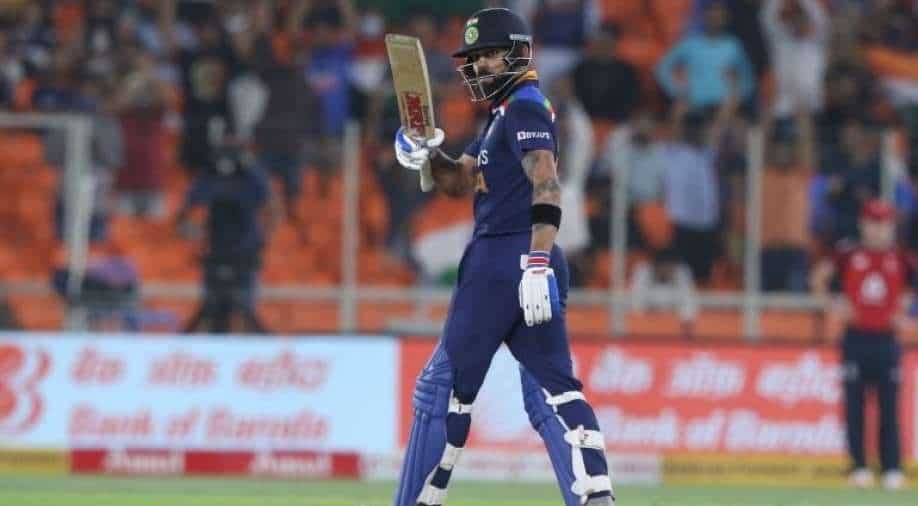 Virat smashed unbeaten 80 runs in 52 balls powering India to a massive total of 224 runs by the end of the first innings.

Virat Kohli coming in as opener turned out to be a match-winning decision as he along with Rohit Sharma gave India a very strong start in the series decider against England. However, it was no less than a gamble as KL Rahul was out of form and Ishan Kishan and Shikhar Dhawan were present in the dugout to replace him for the fifth T20I.

ALSO READ: 'It made no sense not having India and Pakistan series': Ramiz Raja on WTC

However, the skipper took a brave call and went in as an opener along with vice-captain Rohit Sharma in the crucial decider against England. India were off to a great start. Virat smashed unbeaten 80 runs in 52 balls powering India to a massive total of 224 runs by the end of the first innings.

Former Indian pacer Zaheer Khan felt that it was Suryakumar Yadav who made it possible for Virat Kohli to open the innings.

"The question one should ask is how it became possible that Virat Kohli could come and open the innings? It became possible because India got a batsman like Suryakumar Yadav. Suryakumar went there and showed what he can do at no. 3 position," Zaheer said on Cricbuzz.

ALSO READ: I would definitely like...': Virat Kohli on opening the innings for Team India in future

"This thinking, I believed started from there, and then the result was that Virat Kohli said that 'I can't keep going down the batting order'. Shreyas Iyer has also been pushed down the batting order. So, he decided that opening the innings could be a better option, let's try it out," Zaheer further added.

I don't want to be disrespectful but Ravi Shastri's recent comments have agenda: Sanjay Manjrekar